Kilkenny hurlers set to kick off their Walsh Cup campaign 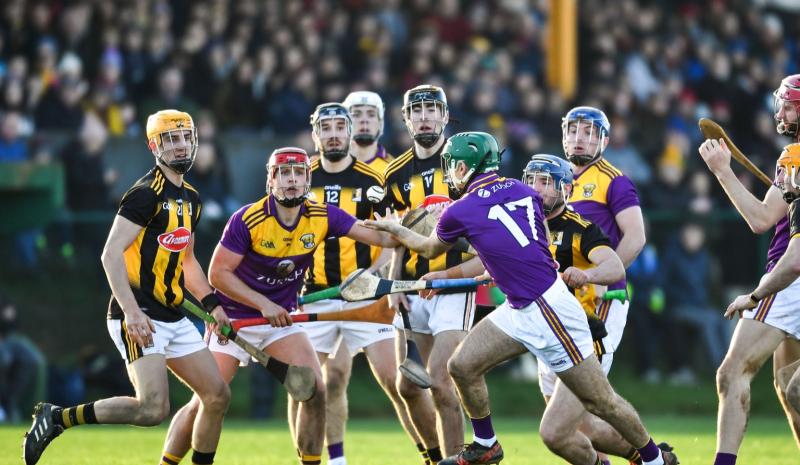 Kilkenny and Wexford players in action during the 2020 Walsh Cup semi-final at John Locke Park in Callan. Kilkenny will be back at the same venue for Sunday’s game against Laois Picture: Ray McManus

The intercounty hurling season kicked into action last weekend and Kilkenny will follow suit when they meet Laois in their opening game of the year in Callan on Sunday afternoon (2pm).

The traditional preseason competition is back after a two year absence and the Cats are placed in a group alongside this weekend’s opponents as well as old rivals Wexford.

It’s a competition that has been very kind to Kilkenny over the years. While they haven’t won once since beating Galway in Nowlan Park in 2017, they still lead the roll of honour with 20 titles in total. It’s a series of games that Brian Cody’s team always take seriously ahead of the beginning of the Allianz National Hurling League.

The return of the round robin series for the Leinster Championship may alter things a bit with Kilkenny set to meet Laois on at least three occasions in the coming year with the pair both taking their place in Division 1B of the League.

As usual, the Walsh Cup will be all about trialling players and the fact that Shamrocks of Ballyhale are still in contention in the All-Ireland club championship will only increase the chance to experiment for Brian Cody and his team of selectors.

The likes of the Mullens and the Reids, Eoin Cody and Darragh Corcoran amongst others will all be otherwise engaged while Kilkenny will also be without Colin Fennelly and Joey Holden, who both confirmed their intercounty retirements after the Kilkenny championship success.

The Shamrocks contingent will definitely be unavailable for the games with Laois and Wexford. Depending on their progress they may also be gone for the league clashes with Antrim and Tipperary, so a testing few weeks lies ahead for manager Brian Cody.

With the Fitzgibbon Cup also kicking off this month and a huge number of Kilkenny players involved, it’s an incredibly busy period of action.

The absence of so many frontline players will however give many newcomers the chance to impress against decent opposition over the next two weekends - that’s something that will excite many Kilkenny supporters.

It all kicks off on Sunday afternoon when Laois come to Callan to meet the Cats.

Former James Stephens boss Seamus ‘Cheddar’ Plunkett is entering his second year as manager of Laois and after a productive 2021 that saw the O’Moore County maintain safety in both the league and championship, they will be looking to go to the next level over the next few weeks.

Laois also have the advantage of having a game under their belt before colliding with Kilkenny.

Laois’s opponents last weekend were Wexford and it’s all change in the Model County after the departure of Davy Fitzgerald.

Wexford had great success under the Clare man after they won a Leinster title at Kilkenny’s expense in 2019 before narrowly losing out to subsequent All-Ireland winners Tipperary.

It is now the job of Darragh Egan to try and improve Wexford’s fortunes and he has included former Irish boxing coach Billy Walsh as one of his selectors.

The game with Kilkenny in Chadwicks Wexford Park on Saturday, January 22 may give us an early indication of how both counties may fare out in 2022.