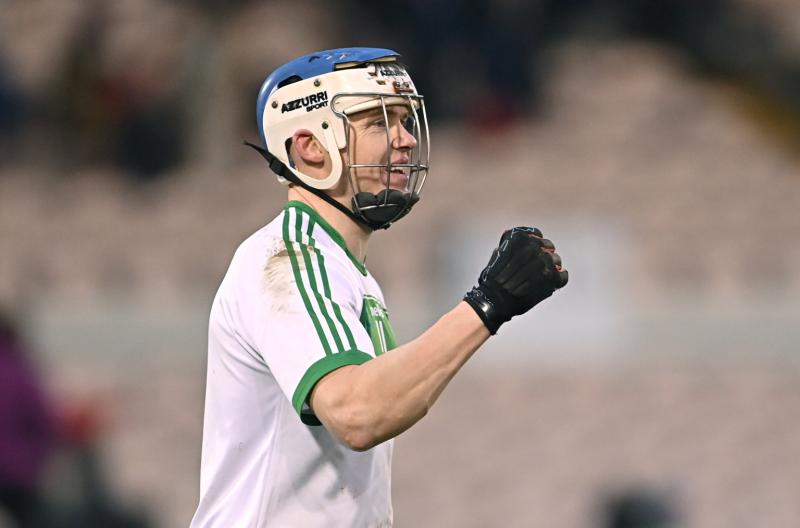 TJ Reid was at his brilliant best when he netted a 63rd minute free to give Shamrocks an incredible All-Ireland semi-final victory over St.Thomas in Thurles this evening.

Reid's last second winner was remarkable in the extreme as it was from a fair distance out but that didn't matter to the 34 year old as he blasted the sliotar past Gerald Kelly.

It was Reid's second goal of the game after he converted a penalty minutes earlier and it was that quickfire double that got the underperforming Kilkenny side the victory.

St.Thomas were the better side for the majority of the game and this will be real tough pill to swallow for them as they look destined to dethrone the reigning champions.

Shamrocks have a habit of always finding a way though and just like in the Leinster semi-final against St.Rynagh's they struck for goal when it was needed the most.

Shamrocks almost had a dream beginning to proceedings when in the first few seconds Richie Reid found Eoin Cody with a diagonal ball and although the dual player of the year had two attempts at goal, he was stopped on both occasions by St.Thomas goalkeeper Gerald Kelly.

St.Thomas then took advantage of Ballyhale’s missed opportunity as they knocked over the first four points of the half with back to back efforts from the lively Eanna Burke followed up by Brendan Farrell and Conor Cooney finding the target.

Ballyhale eventually got on the scoreboard with a 7th minute TJ Reid free and within minutes they had got back level at 0-5 apiece.

Eoin Cody and Joe Cuddihy hitting a brace each for the defending All-Ireland champions during that period.

Bernard Burke stemmed the Ballyhale momentum with a point but with Cody and Adrian Mullen splitting the posts again, it was Shamrocks who led 0-7 to 0-6 at the first water break.

St.Thomas had the aid of a slight breeze in the first half and after the stoppage, they made better use of the elements in hitting four points on the trot after Eanna and Bernard Burke scored from play again while Conor Cooney continued to knock over his frees.

The Galway side could have been further ahead than 0-10 to 0-7 at that stage though after dangerman Eanna Burke had a shot saved by Dean Mason.

Shamrocks responded with points from Reid, Cody and Colin Fennelly but it was St.Thomas who ended the half the happier when points from Burke and Cooney helped them into a 0-13 to 0-11 interval advantage.

The second period kicked off with both sides exchanging efforts until scores from Cooney and Bernard Burke pointed St.Thomas into a four point buffer by the second half water break and at that stage they looked to have Shamrocks measure.

The workrate and tackling of the Galway side was causing Shamrocks all kinds of trouble but they managed to stay in the game until Colin Fennelly won a penalty in the 55th minute which was buried to the net by TJ Reid and the game was all square at 0-18 to 1-15.

St.Thomas showed their character though and successive Conor Cooney frees looked like they had sealed the shock victory but just when time was up Shamrocks won a  free from a seemingly impossible angle.

It’s not impossible when TJ Reid is over the ball though and he somehow found a way to the net through a bunch of bodies as Shamrocks sensationally got out of jail and they are now on their way back to Croke Park ahead of a final showdown with Ballygunner of Waterford.