We are back where we want to be - Brian Dowling reflects on St.Kierans College All-Ireland Quarter-Final victory 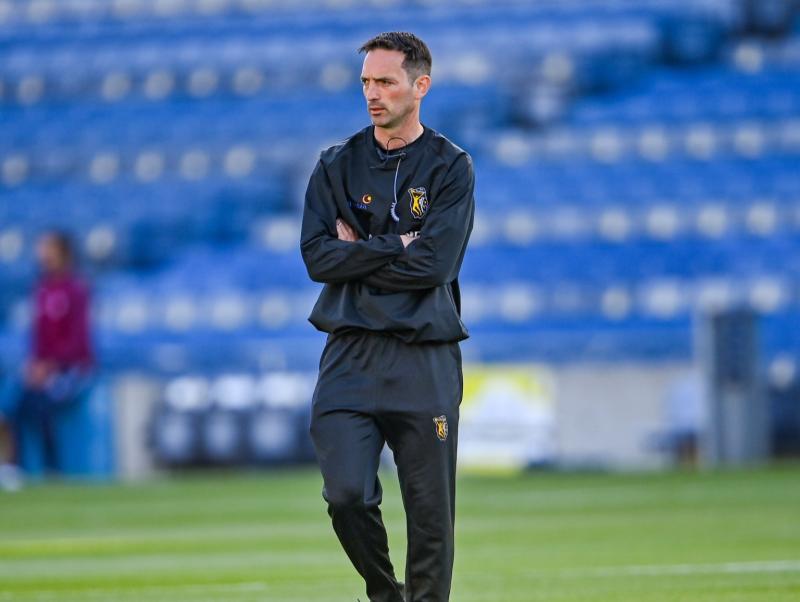 St Kieran’s College manager Brian Dowling was satisfied after his team got their season back on track on Saturday.

The former Kilkenny player admitted his delight at how the players have reacted since the Leinster semi-final defeat to Dublin South Schools last month.

“We knew coming down it was going to be tough as it was an All-Ireland quarter-final,” he said. “I said to the lads three weeks ago that we were in a bad place after losing to the Dublin South Schools with a last minute goal but they’ve bounced back with two great wins against Kilkenny CBS and now Gort so we are back where we want to be, in an All-Ireland semi-final and we can’t wait for it.

“We’ve a lot to improve on for the next day but we are there now and that’s the main thing,” Dowling added.

The manager also pointed at the importance of Harry Shine’s penalty as well as praising the players for stepping up in the absence of Paddy Langton, Bill Hughes and Padraig Lennon.

“The penalty arrived at the right time for us as we were under a bit of pressure and it gave us a bit of breathing space to see the game out,” the manager said.

“We are just delighted to get the victory as we are without a couple of key players at the moment. Hopefully we can get one or two of them back for the semi-final as we will need everybody from now on.

“We are missing three first choice backs who were all part of the Kilkenny Under 20 squad so for the lads coming in to step up to that level, it’s unbelievable.

“The likes of Jack Butler as an example, he has never played in the backs until this year and he was immense for us in that game.

“We tried him there at the start of the year and he’s nearly our most important player in defence now so that’s the type of character that is in the lads and we have lads stepping up all the time.”