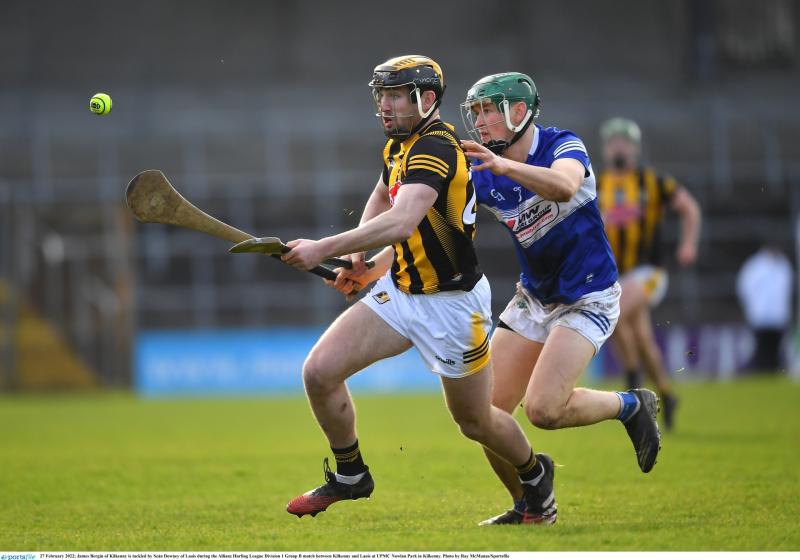 Kilkenny got their second win of the Allianz National Hurling League after they eased to an as expected victory over Laois in UPMC Nowlan Park this afternoon.

In a game that was very flat and lacked intensity for long periods, it was Kilkenny that always had the edge with Conahy Shamrocks newcomer Tom Phelan netting a pair of goals in each half.

Phelan's opener after six minutes helped the Cats keep tabs with a Laois side that opened up a 0-4 to 0-1 lead early on.

The goal levelled up matters and from that point on Kilkenny took control with the full forward line of Alan Murphy, Martin Keoghan and Billy Ryan contributing 0-21 in total.

By the half-time break Kilkenny had gone ahead on the scoreboard as they moved four points clear of Cheddar Plunkett's side.

Kilkenny completely dominated the second period as they outscored Laois 1-16 to 0-6 over the course of the 35 minutes with Phelan's second goal being a wonderful individual effort that saw him run through the heart of the opposition's defence.

James Maher and John Walsh both got on the scoresheet off the bench and the Cats can now look ahead to a much stiffer task against unbeaten Dublin in Parnell Park next Saturday evening.