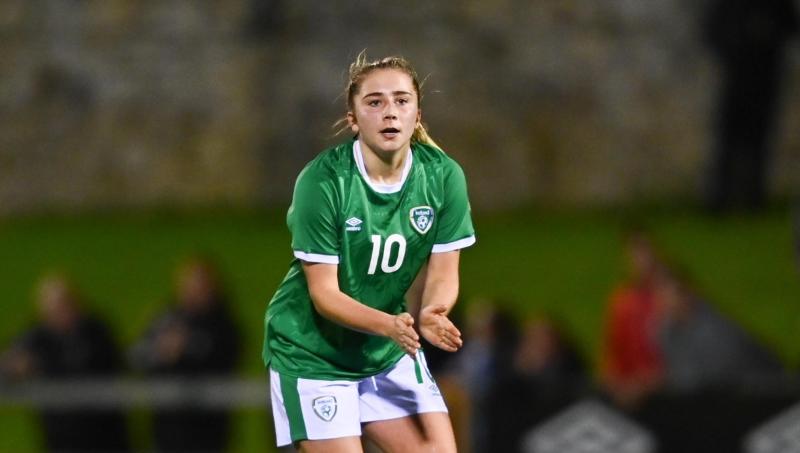 After a promising start to the new Women's National league season, Ellen Molloy has been called up to the Republic Of Ireland Squad ahead of next month's World Cup Qualifier with Sweden.

The Wexford Youths youngster has been in early season goal scoring form for her club and she's in a squad that has six players from the SSE Airtricity Women’s National League, including Shelbourne duo Chloe Mustaki and Abbie Larkin who both made their senior debuts last month.

Irish boss Vera Pauw has named a 27 player travelling party for the game with the Swedes in Gothenburg on April 12 and they currently sit second in Group A on seven points after four games played, trailing behind World No 2 Sweden who have collected 15 points from five games so far.