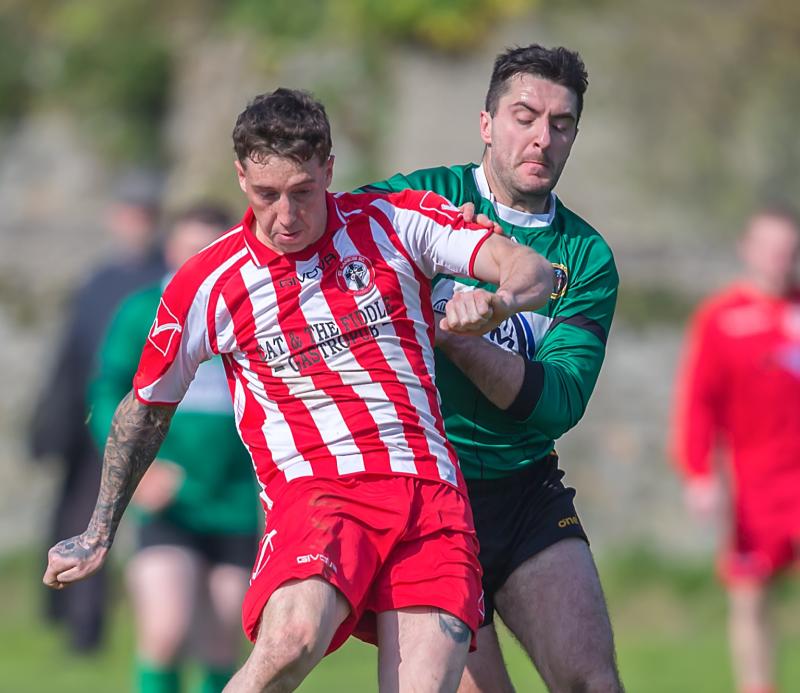 The McCalmont Cup really kicked into gear last weekend with a number of knockout cup clashes taking place across the county.

The action got underway on Friday evening when Thomastown United travelled to Jim Maher Park to take on Spa United and the premier division side showed their class as they ran out comfortable 3-0 winners.

The cup fare continued on Saturday when Evergreen 46 entertained Highview Athletic on the Kells road and it was the higher division Graignamanagh based outfit that emerged with a narrow 1-0 success.

The rest of the games took place on Sunday where there was five places in the next round on offer and there was 21 goals in total over the five games.

Brookville AFC were arguably the most impressive team on show as they scored five goals in a dominant victory over River Rangers.

The Ballyragget side currently sit third bottom in Division 3 of Junior soccer in Kilkenny so to defeat River Rangers in such commanding style definitley ranks as an upset.

Elsehwhere Ormonde Villa and Callan United played out a tightly fought affair at Garringreen with the hosts doing enough to emerge as 2-1 winners.

Callan looked primed to advance when leading entering stoppage time but Ormonde Villa had other ideas and after a Paul Deniffe goal forced extra-time, the Kilkenny city side then sealed their passage into the next round when Evan Walsh netted the winner.

There was much less drama on the Kells road with Evergreen’s third string moving on after they defeated Tullaroan on a 3-0 scoreline.

The two remaining ties saw the Deen Celtic and Thomastown United B teams play out a five goal thriller in United Park with Deen Celtic taking a 3-2 win while Castlewarren Celtic rounded off the cup action when seeing off St John’s 2-1 at the Watershed.

As well as the important cup action, there was also a pair of league games on the domestic front and in the Junior Eamonn Maher Coach Hire Division 2 League, there was a massive victory for St Canices as they overcame promotion rivals Freshford Town in emphatic fashion.

The 4-1 win sealed promotion for the Kilkenny city side with Oisin Corr, Glodi Landu, Mickey Clifford and Owen McCormack all netting goals and a point in their final game will also seal the league title ahead of Lions AFC and River Rangers.

The other league game saw Deen Celtic claim a 3-1 win away to Clover United in the Premier Division.

Away from Kilkenny, there was also a couple of big games in the LFA O'Neills Junior Cup as both Evergreen and Freebooters travelled to take on Dublin opposition.

Evergreen got the job done early against Oliver Bond with both Andrew Wall and Declan McQuillan scoring in the opening half as they claimed a 2-0 victory.

The win sees Evergreen advance to the semi-finals of the competition.

Freebooters also travelled home happy when they defeated Beechwood on a 2-1 scoreline after Seani Bolger & Andy Walsh got the goals.

While their neighbours Evergreen can look forward to the last four, Freebooters side of the draw is a bit behind schedule and they are back in action this week when they meet Balbriggan in the last 16.