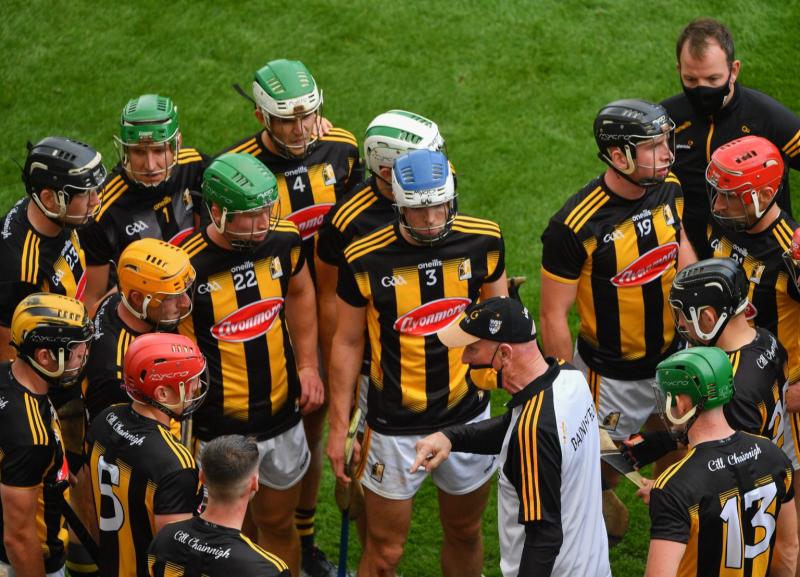 Kilkenny will return to championship action on Saturday for the first time since their defeat to Cork in last year’s All-Ireland semi-final. Pic: Sportsfile

After a three year absence as a result of the global pandemic, the round robin series in the Leinster senior hurling championship is back with defending champions Kilkenny set to begin the defence of their title this weekend.

The GAA landscape is all very different in 2022 with the first provincial clashes taking place on Easter Saturday.

The standout game on day one looks to be the meeting of Galway and Wexford while Dublin meet Laois and Kilkenny travel to Westmeath in the other games.

Brian Cody’s Kilkenny side will travel to TEG Cusack Park as huge favourites where they take on the Lake County.

Westmeath return to the Leinster championship as Joe McDonagh winners while they also claimed National League glory when beating Down in the Division 2A final a couple of weeks ago.

Joe Fortune’s team claimed a 5-19 to 1-17 success over their Ulster opposition in that league decider and as a result they will now get the chance to test themselves against Division One opposition in 2023.

Westmeath will get a precursor of what awaits them over the coming weeks and their championship bow doesn’t get much tougher then coming face to face with Kilkenny.

The Cats have enjoyed a productive league campaign themselves and Brian Cody will have been relatively content from what he’s seen from his side.

While it was very hard to gauge any sort of form from any of the Division One teams for the majority of the league, finishing strong is always a good indicator of how a team is performing. Despite losing out to Cork in the semi-final at Pairc Uí Chaoimh, Kilkenny have gained a lot over the last few weeks.

Big wins over Dublin and Waterford allowed the Leinster champions to qualify for the knockout stages of the league but after suffering defeats to Munster opposition in the last two All-Ireland semi-finals, finding a couple of new players was of big importance and they seem to have unearthed a few possible gems.

None more so than the O’Loughlin Gaels corner back Mikey Butler who appears to be growing in strength every time he takes to the field in the Kilkenny jersey.

The full-back line has been something of a problem area in recent seasons for Kilkenny but Butler looks like he is nailing down one of the corner-back slots.

As well as Butler, both David Blanchfield and Cian Kenny have also impressed. They too look like they are in pole position for starting places in this weekend’s game.

The Kilkenny team in general looks to have a steady look to it with the likes of Cillian Buckley and Walter Walsh putting down big performances in a couple of league games while Huw Lawlor, Paddy Deegan and Padraig Walsh look to have nailed down places in a strong looking spine.

Walsh’s position will continue to be a talking point until TJ Reid returns to the field but whether it’s in defence, midfield or attack it’s clear the Tullaroan man is near indispensable to this Kilkenny side.

Mikey Carey, Mossy Keoghan and Billy Ryan are others who have looked to cement their spot with recent performances. With the Shamrocks contingent, which includes captain and joint-captain Richie Reid and Eoin Cody back in the frame, the Noresiders appear to be in a good spot.

Kilkenny’s fixtures also allow them to try out things as they will be expected to defeat Westmeath and Laois over the opening two weekend’s before they travel to Salthill for a clash with Henry Shefflin’s Galway on Sunday, May 1.

Dublin and Wexford then follow over two of the three following weekend’s so peaking at the right time will be crucial as they aim to win a third successive Leinster crown.

It all starts on Saturday in Mullingar and while Westmeath have decent players in their ranks, anything less than a big Kilkenny win will be seen as a disappointment.