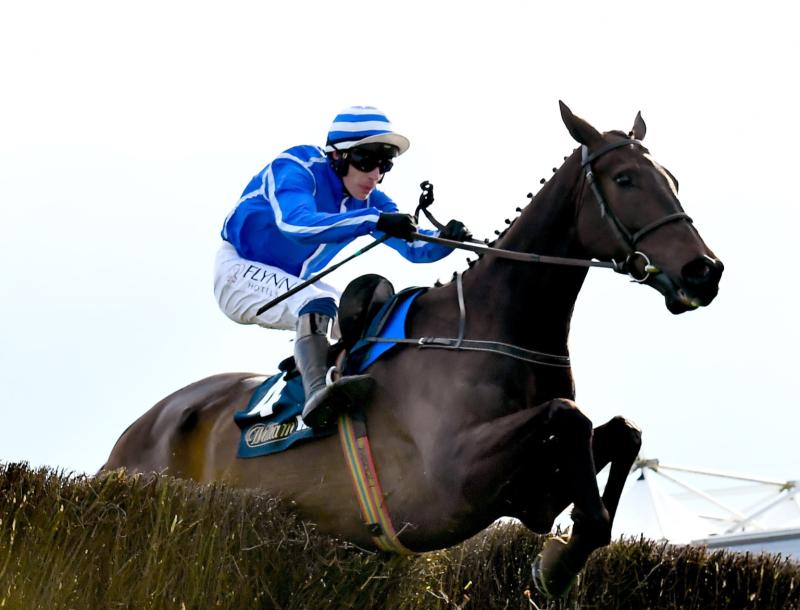 Energumene, with Paul Townend up, jumps the last on their way to winning the William Hill Champion Steeplechase during day one of the Punchestown Festival at Punchestown Racecourse in Kildare.

For a time over the last couple of fences it looked as though champion jockey Paul Townend would have his work cut out on the Tony Bloom-owned eight-year-old Energumene but the Cheltenham Champion Chase hero went clear after the last to run out an eight-and-a-half-length winner.

Energumene was the first horse to complete the Cheltenham/Punchestown Champion Chase double since Sprinter Sacre in 2013.

“Patrick was steadying it up in front and Energumene loved it,” said winning trainer Willie Mullins. “He was just jumping up beside Chacun Pour Soi. On this ground, that was a tremendous performance because I think the ground would have suited most of the other horses in the race. I wasn’t sure whether it would have suited Energumene but he went on it today anyway.

Partnering his first winner of the week, Paul Townend said: “I was jumping great. I was gonna ride the race that either I was good enough or I wasn’t. Let the best one win and today we came out on top but I thought it was an admirable performance by Chacun again.

“It was a hard choice to make. It was hard in Cheltenham and it was probably harder here because I know how good Chacun can be around here.

“The way I put it was, if I rode this lad and Chacun bet me, I wouldn’t be as upset as if I rode Chacun and got off the Champion Chase winner (and he won).”