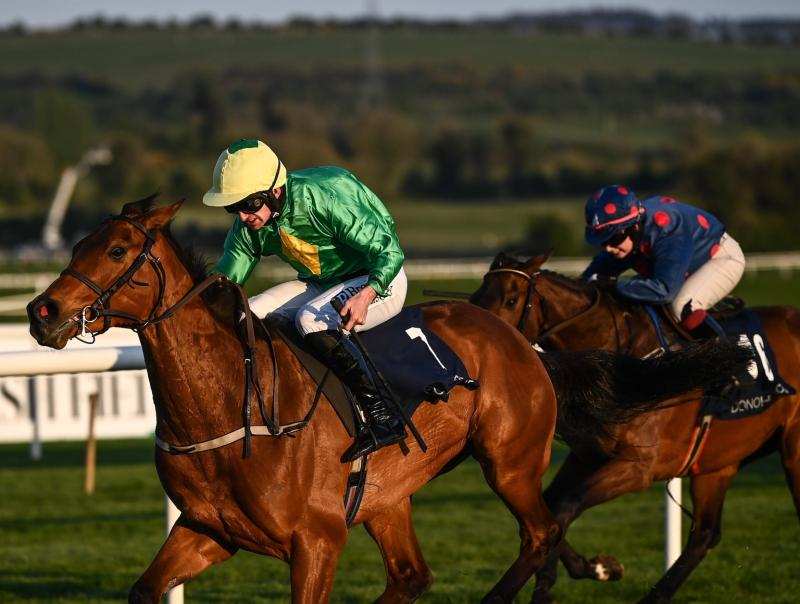 Lisnagar Fortune, with Patrick Mullins up, on their way to winning the Mick The Tent Flat Race during day one of the Punchestown Festival at Punchestown Racecourse in Kildare. Photo by Sportsfile

Having won the two-mile William Hill Champion Chase with Energumene on the opening day of the Punchestown Festival, Willie Mullins went on to claim the three-mile Dooley Insurance Group Champion Novice Chase with Capodanno who “could be a Gold Cup horse” according to the champion trainer.

The JP McManus-owned six-year-old looked a class apart from his rivals although Bob Olinger ran below par and was pulled up by Rachael Blackmore.

Capodanno was continuing a fine spring period for local jockey Mark Walsh who enjoyed notable success at both Cheltenham and Aintree and was now making his mark once again in Grade 1 company at his local track.

Capodanno was overturned by Bob Olinger at Punchestown earlier in the season but was foot perfect on this occasion.

“As you could see from there, all he does is jump for fun and it didn’t suit us that day against Bob Olinger here over two and a half. But he’d his ground conditions today,” Walsh said afterwards.

“I probably rode him wrong at Cheltenham, I had him too far out the back, whereas he just loves getting on with it and jumping and he was brilliant today.

“He winged the first down the back and went by Puppy (Robbie Power on Lifetime Ambition) and I let him keep going and he kept winging down the back. He got in tight to one or two but he was very good and he was making lengths at most of his fences.

Mullins, who enjoyed an opening day treble, added: “I just felt that at Cheltenham we didn’t do the right thing. Having a chat with Mark beforehand, he was thinking the same way as I was, that he wanted to be positive. That suited me.

“Jessie’s horse (Lifetime Ambition) took us along and then he didn’t jump the one down the back straight, our fella went past and winged it. He got a little breather into him after the fourth last and he was very happy with him.

“We always thought that he stayed but to find the right way to ride him. We’ve been holding him up and in the bigger races, we haven’t been bold enough. Today, we said we’d just be bold, see what happens and it worked out. We might have a Gold Cup horse on our hands.

“He gallops and jumps. The Gold Cup is usually run on nice grand so that’ll do us.”

The Mullins treble was completed in the concluding Mick The Tent Bumper when the Patrick Mullins-ridden Lisnagar Fortune made a winning debut in the colours of Denis Fitzgerald.

Crowds returned to the Punchestown Festival on Tuesday for the first time since 2019 and 14,562 were in attendance to see Gordon Elliott saddle an impressive four-timer which was capped off by 25/1 shot Absolute Notions in the Goffs Land Rover Bumper. That winner put Elliott just one winner shy of 2,000. 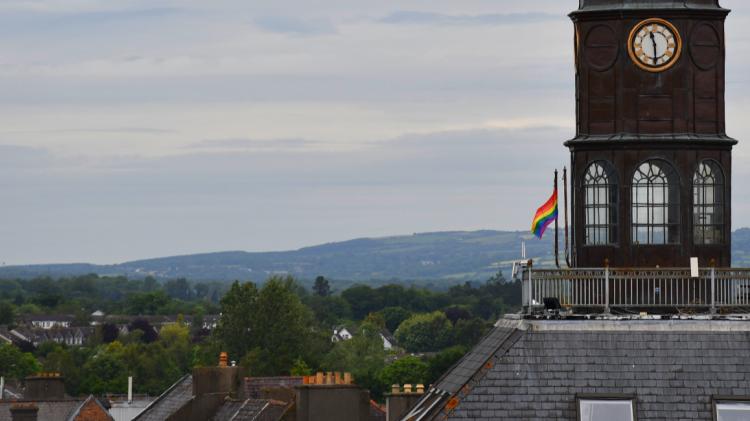