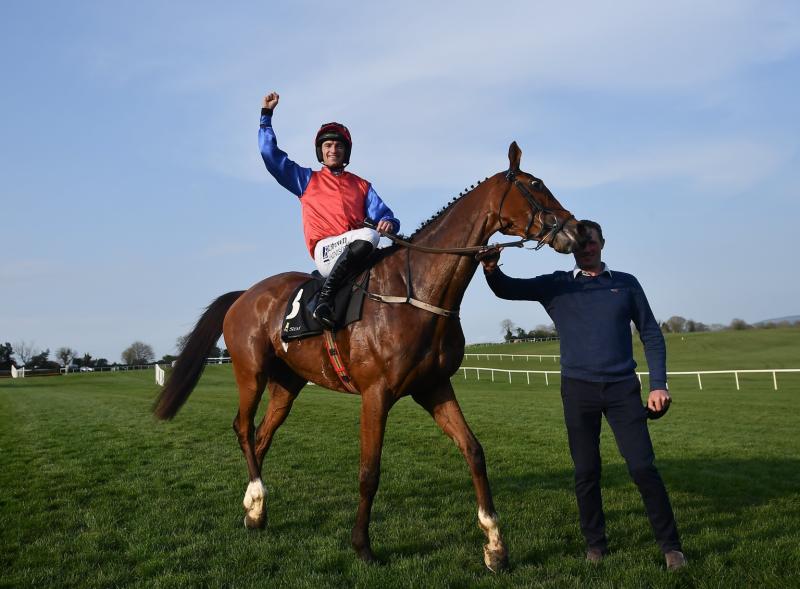 Facile Vega provided Willie Mullins with a third Grade 1 on Day 2 of the Punchestown Festival, the champion trainer finishing with a four-timer to bring his tally for the meeting to date to seven.

“He was quite worked up in the parade ring and down at the start, which wouldn’t be like him, so I think the season was probably starting to get to him a bit,” revealed Mullins Jnr.

“But I said it all before Cheltenham, there wasn’t much between this fella and Redemption Day on homework and I don’t think people would believe me but that was the case today. Redemption Day is a very good horse as well.

“Turning out the back straight, I’m thinking to myself, ‘You’re a bit flat,’ and I wanted to hold onto him as long as I could. And I’d love if I’d had the balls to let Jody go past me. I didn’t even want to get involved as early as we did.

“I was happy I’d beat American Mike for gears but I thought Redemption Day might be a little bit quicker than me. But he was flat today and he still won.

“Jody is riding out of her skin at the moment and I often feel like Wile E Coyote trying to catch her… About 10 yards before we walked into the tapes, I could feel Jody was there. I knew she was there all the way. But this fella, he got headed and he battled back. So he’s the full package.

“(Owners) The Hammer & Trowel Syndicate made a €5,000 donation to the Irish Injured Jockeys fund, so they deserve this because that was a very gracious gesture and we’re very appreciative of it.”

Royal Rendezvous would provide Team Closutton with a fourth success when staying on strongly to bag the €100,000 OMC Claims Handicap Chase, giving Paul Townend a treble in the process, after the earlier Grade 1 triumphs of Allaho and The Nice Guy.