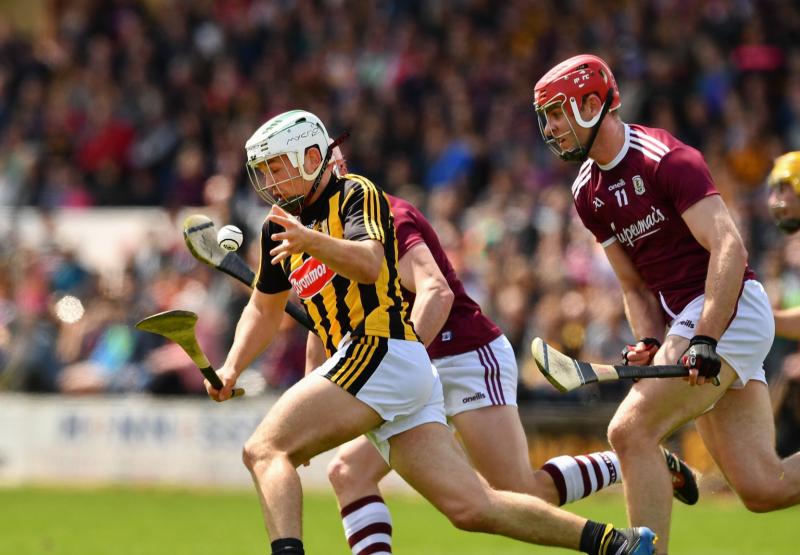 Ever since Henry Shefflin was rather suprisingly appointed Galway senior hurling manager last October, the date of May 1 - when Kilkenny and Galway will collide in the Leinster senior hurling championship - has been on everyone’s mind.

The round three game is a big one in its own right, but throw in a first managerial meeting between Shefflin and Brian Cody and it takes things to another level.

Shefflin won the grand total of 10 senior All-Ireland medals in the Kilkenny jersey under the management of Cody so the fact things have come full circle brings an extra dimension to events.

The Shamrocks man has always been seen as the heir to the Kilkenny throne for whenever Brian Cody departs one of the biggest jobs in hurling, so his Galway appointment came somewhat out of the blue for many observers.

After leaving Wexford, Davy Fitzgerald appeared to be in prime position to make the trip West but at the 11th hour there was a big change as Galway officials landed the coup of bringing one of the best players to ever play the game into their ranks.

Since retiring from club and county duty, Shefflin has slowly but surely built up his managerial CV. Whether it’s in the short or long term it’s expected that he will be a success.

After being approached to take over the role at Shamrocks, he was eventually confirmed as their new boss in December 2017 and with a hugely talented squad at his disposal it proved to be a huge success.

The Ballyhale boys were fresh off a disappointing county championship campaign which saw city side Dicksboro claim ultimate honours but, from that point on, Shefflin and the Shamrocks took control.

With brother Tommy and Richie O’Neill by his side, the Shamrocks defeated James Stephens and Bennettsbridge in successive Kilkenny deciders while also claiming a pair of Leinster and All-Ireland successes.

The Leinster wins over Dublin’s Ballyboden St Enda’s and Carlow’s St Mullin’s were impressive but that was nothing when compared to what they did on All-Ireland final day with St Thomas and Boris-Ileigh the unfortunate targets for their fire.

Winning back to back All-Ireland titles is nothing to be sniffed at. When Shefflin departed the post as Shamrocks boss in the aftermath of those victories Kilkenny was, in some way shape or form, expected to be his next port of call. Instead he showed up at near neighbours Thomastown where he managed them to an an intermediate championship semi-final in 2021 before they lost out to eventual winners Glenmore.

The 43-year-old has since moved on to Galway and while he originally planned to juggle the club and county roles, the commitment involved at the top level soon told and he has since vacated his role in Thomastown.

The clash between the two Kilkennymen adds even more intrigue when you take into account that not everyone in the Marble City was best pleased with Shefflin’s defection to the 2017 All-Ireland champions.

In what will be a 48th championship meeting between the sides, Henry will be the ninth different Galway boss to take on a Kilkenny team managed by Brian Cody.

The sides last met in the Leinster final in 2020 when Kilkenny won by two points in Croke Park.

It ended a good run by Galway, who had won three and drawn one of the previous four meetings with Kilkenny.

While the sideshow on the sideline will take up the bulk of the discussion in the build-up to Sunday afternoon, it can’t be overlooked how big a game this is for both sides.

After easing into the defence of their Leinster title with expected wins over both Westmeath and Laois, this will be the Cats’ first real test of their 2022 credentials.

There was a fair degree of uncertainty surrounding the Kilkenny side over the winter but, after a promising league campaign where they also unearthed talented youngsters in Mikey Butler, Cian Kenny and David Blanchfield, they appear to be in fine fettle as it stands.

The return of both TJ Reid and Conor Browne in recent weeks has added to their strength in depth and with the likes of Paddy Deegan, Huw Lawlor, Padraig Walsh and Walter Walsh all still vital cogs in the black and amber machine they look primed for a big performance.

The home and away issue is such a big thing in the round robin and with two home games to come against the supposed big four (Galway, Kilkenny, Dublin and Wexford) Henry Shefflin’s team will be in pole position for a Leinster final place if they can win on Sunday.

There are still big question marks surrounding Galway though and they are still adapting to life without Joe Canning who retired after the Tribesmen’s All-Ireland championship defeat to Waterford last summer.

Added to that is the possible absence of the injured Conor Whelan although he is on the bench and as a result there will be extra pressure thrusted on the likes of Cathal Mannion, Brian Concannon and Conor Cooney in attack.

While the overall fare was disappointing, Galway were the better team against Wexford for long periods in their championship opener. It will have irked them that they didn’t see the result out when leading by three points entering stoppage time and with the Model County subsequently losing out to Dublin, a Galway win there may have all but secured their qualification in the top three.

That draw was followed up by a comfortable success over Westmeath so it’s all set for a blockbuster clash this weekend with the loser all of a sudden feeling the heat a bit.

It’s Cody v Shefflin and Kilkenny v Galway and it’s one not to be missed with a big crowd expected in Pearse Stadium on Sunday (the game is live on RTÉ 2 at 2pm).