Camogie- Model performance as Cats ease to victory over Wexford 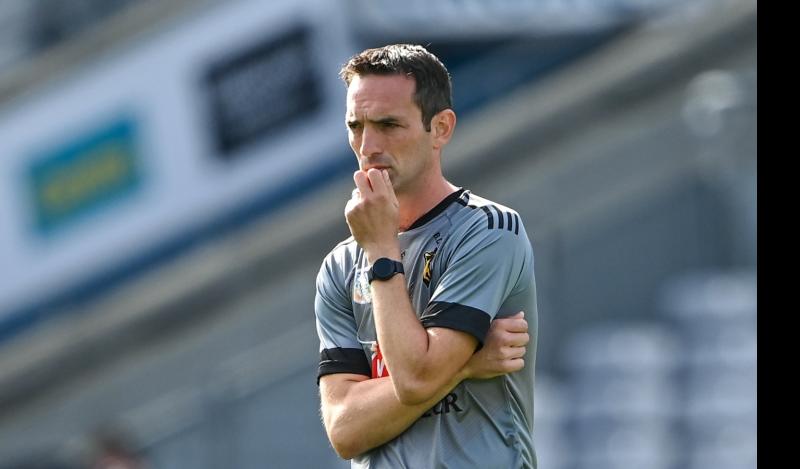 Kilkenny made it to through to the semi final of the Leinster championship after a nine point win over Wexford in Bellfield on Saturday afternoon last.

Kilkenny opened the scoring in the second minute of the game with a Denise Gaule free but we would have to wait five minutes for the next score which saw Miriam Walsh shoot over a point from play.

Kilkenny could have had a goal on eight minutes when fast thinking from Katie Nolan saw her take a quick line ball across to Aoife Doyle who’s shot went agonisingly wide.

A minute later, real hesitation in the Kilkenny defence saw a long free from Ciara O’Connor not been dealt with by Claire Phelan and Aoife Norris and the ball bounced dangerously close to the goal but at the wrong side as it went wide.

Wexford hadn’t made much of a threat on the Kilkenny goal apart from the mix up earlier and Kilkenny were playing a defensive game with Katie Power and Denise Gaule spending most of the half back in their own half back line.

Denise Gaule got her second point of the afternoon with a free in the 25th minute and Miriam Walsh would get her second of the day two minutes later with what was the score of the half when she shot a ball over her left shoulder to see it split the uprights and raise a white flag.

Wexford’s first score came in the 29th minute when a Katie Power late tackle gave Ciara O’Connor a free to register their first score of the game.

Wexford again through Ciara O’Connor got the last score of the half, another free which saw the referee call a halt to the first half.

Mary O’Connell increased the kittens lead five minutes into the second half.

She had been the shining light through the 35 minutes of play, she worked hard and got on lots of possession in the forwards.

Denise Gaule added to her tally to leave Kilkenny with a healthy four point lead heading into the 40th minute.

A push by Claire Phelan gave Wexford an opportunity on 40 minutes which Kate Kirwan converted.

Kilkenny responded, they were now using their heads and they were more assured when in possession and instead of going into a tackle and losing the ball they were hitting diagonal passes into the forward line.

Denise Gaule scored a wonderful point when Mary O Connell linked up with the Windgap player and gave Gaule a wonderful handpass to raise another white flag.

Aoife Doyle quickly followed this up with another score from play and by the third quarter, the stripey women led 0-8 to 0-3.
Ciara O’Connor who was Wexford’s main threat got herself another point in the 50th minute, this would be Wexford’s last score of the game.

Kilkenny pushed on and added a further five points to their tally as Laura Murphy, Julieann Malone, Denise Gaule, Miriam Walsh and Mary O Connell all got their name on the scoresheet.

The referee ended the game and it was victory for Kilkenny, final score 0-13 to 0-4.

The result was all that mattered, Brian Dowling wasn’t too impressed with the performance and it will have to improve dramatically when they face Offaly in Birr on Saturday at 2pm in the semi-final.