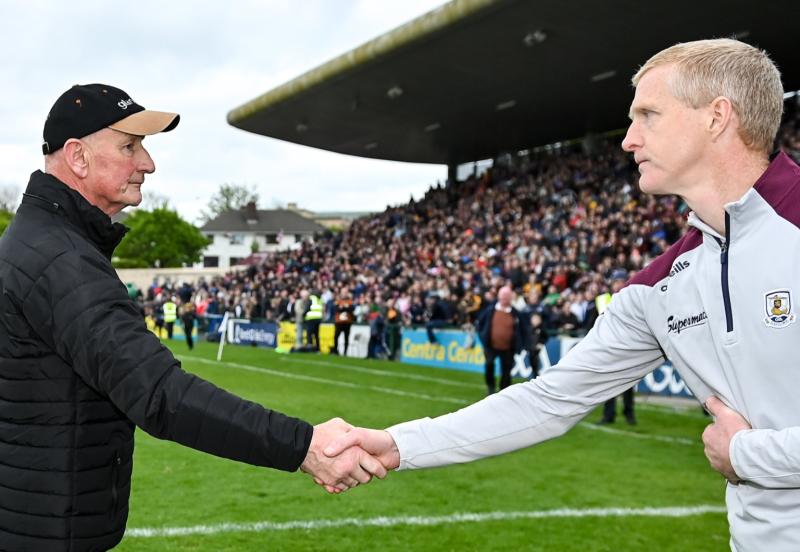 The history of Kilkenny and Galway over the last few years always suggested that this tie would go to the wire and even with the added eyes on the respective managers, that’s exactly how it played itself out.

Kilkenny will be disappointed that they didn’t hold out for a draw which would have been crucial in the overall context of the Leinster Championship and while disappointed with the end result, Brian Cody was still relatively pleased with his side's performance as he looked back on the game.

“It was a very competitive game and we started very well and played some very good hurling in the opening half.
“Galway did come back into it and we probably made a couple of mistakes that cost us and we went into the half-time interval trailing by six points.

“Galway were going very well and with a huge crowd behind them, it was a huge challenge for us but I thought we were excellent in the second half.

“We were never going to dominate for 35 minutes against one of the best teams in the country and we kept it going till the very end,” he said. “When you are beaten by a last minute free it means it was a very tight game.”

Cody was determined to switch the attention very quickly from Sunday’s defeat as he knows there is still plenty to play for over the next few weeks.

“I thought there was good life in the Kilkenny players for long periods of the game. We’ve came to Salthill many times over the years and it’s always been a very difficult place to come away with a win and we were only five seconds from getting a draw today.

“I’m happy with the spirit, fight and hurling from the players and it’s a round-robin so that means we still have more games to play and we have to prepare for Dublin in two weeks now,” the Kilkenny manager said.

There has been a lot of debate about the handshake between the two managers after the game but Cody played the incident down.

“I have no idea what’s tense about anything or what it has to do with anybody else, because whenever we play a match as long as I’m involved with it, it’s got absolutely nothing to do with who’s in charge of any team,” said Cody.

“It’s got everything to do with who is on the pitch. The Kilkenny players were out there representing Kilkenny today, and I’d be very happy with the way they represented Kilkenny.”

On the other side Henry Shefflin admitted it was an emotional afternoon coming face to face with his native county for the first time as well as plotting against his own nephew Eoin Cody.

“It was a very emotional occasion for a whole host of different reasons and even the way it panned out was brilliant for us,” he said.

“Look, at the end of the day, it is a big game - but it’s sport. That’s all it is. It’s a game of hurling. But we love it. We love it for those moments that you don’t know what is going to happen.

“I am glad just that the occasion today lived up to the billing.”