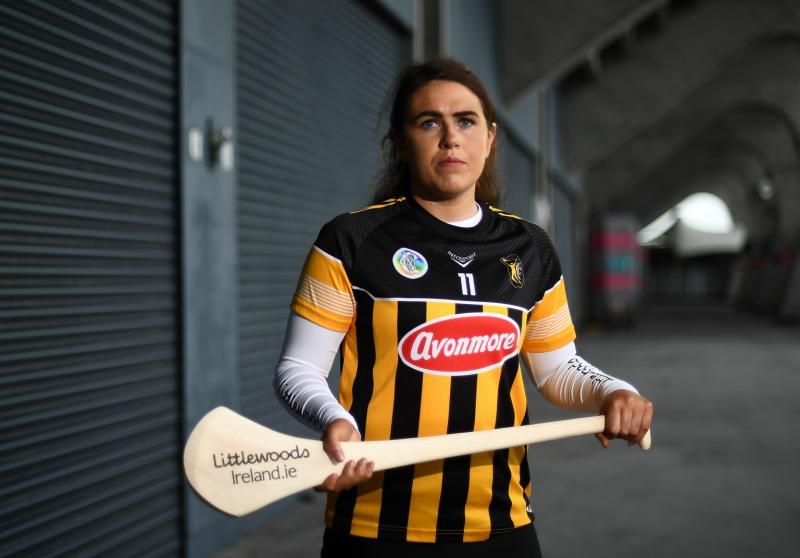 Kilkenny made it through to this years Leinster senior final after an emphatic win over Offaly in sun drenched Birr on Saturday afternoon last.

As the song goes “What a difference a day makes”, well a week certainly made a huge difference to the Kilkenny senior team who came out all guns blazing in their semi-final.

After a poor display the previous week against Wexford things couldn’t have gone any better for Brian Dowling if he sat down and wrote the script.

Dowling made four changes to the team who faced Wexford and they got off to the best start possible within a minute of the throw- in.

A speculative shot from Denise Gaule from beyond halfway somehow deceived Elanor Clendennen in the Offaly goal and a green flag was raised.

Offaly responded almost immediately with a free from Mairead Teehan.

Kilkenny then tagged on two points, a Gaule free and a Miriam Walsh point which started with a great sideline cut from Julieann Malone to Gaule who gave the pass to Walsh to slot over.

A mistake by Emma Kavanagh in the goal led to an Offaly ’45 after the Kilkenny goalie took a quick puckout from outside the small square and Mairead Teehan duly slotted over the free.

Kilkenny would again raise another green flag; Julieann Malone caught a ball on the Offaly 45m line and she went on a darting run through the Offaly defence before an unselfish pass to the waiting Miriam Walsh saw the Tullaroan sharpshooter dispatch the ball to the net.

Christine Cleary responded with a point for Offaly from play but by the end of the first quarter they were trailing by seven points and things were to get worse for the faithful women.

Mary O’Connell who was the target woman up front for Kilkenny was on fire, her movement was dazzling and the Offaly defence couldn’t mark her and she got her reward on 16 minutes when she raised a white flag which was no more than all her work had deserved.

Kilkenny could have had another goal a short time later, this time good work between O’Connell and Malone saw the Mullinavat forward have her shot put out for a ’45 which Gaule converted.

Miriam Walsh got her second goal of the game on 17 minutes when again great work by O’Connell saw her going in on goal, she was fouled but the referee gave her advantage and she somehow got a pass off to Walsh who rattled the Offaly net.

It was great refereeing and it was inspiring play by the Clara player.

Both teams traded a few points in the last 10 minutes of the opening period to leave the half time score Kilkenny 3-8 Offaly 0-4.

A 12 point lead was healthy and while it was a great advantage, had Kilkenny been that little bit more ruthless it could have been a lot worse for Offaly.

Offaly needed to make a good start to the second half but Kilkenny had other ideas, a one-two between Miriam Walsh and Katie Power saw Power’s shot sail over the crossbar before Katie Nolan and Mary O Connell then added to Kilkenny’s tally.

The score then read 3-11 to 0-5 after seven minutes of the second half.

Mairead Teehan and Aoife Prendergast then swapped points to leave 15 points between the teams by the 40th minute mark.

Kilkenny’s defence might need to work on their tackling as some poor decision making kept Offaly in the game and Mairead Teehan was lethal on the frees as she converted two and a further point from pay from Grace Teehan saw Offaly claw back a bit off the lead.

It was game over in the 43rd minute when Katie Nolan was in the right place at the right time to latch onto a breaking ball in around the square before drilling a ground stroke to the net.

In fairness to Offaly they battled on and were rewarded in the 56th minute when Mairead Teehan’s free hit the crossbar and rebounded back into the square where Faye Mulrooney was on hand to drill the sliotar past Emma Kavanagh.

Both teams had final points and by the final whistle it was Kilkenny’s day, Kilkenny 4-14 Offaly 1-12.

It was an empathic victory and it was a powerful performance from Kilkenny as they prepare for the Leinster Final now and also Championship against Down the following week on May 21.

Brian Dowling was happy after the game although he wasn’t happy with the tackle count for Kilkenny which is something he can work on.

The Leinster Final will be against Dublin on Saturday May 14 at 2.45pm in O’Moore Park in Portalose as a double header with the Leinster GAA Hurling Championship game Galway v Laois.