Dublin date on the double for Kilkenny on Saturday 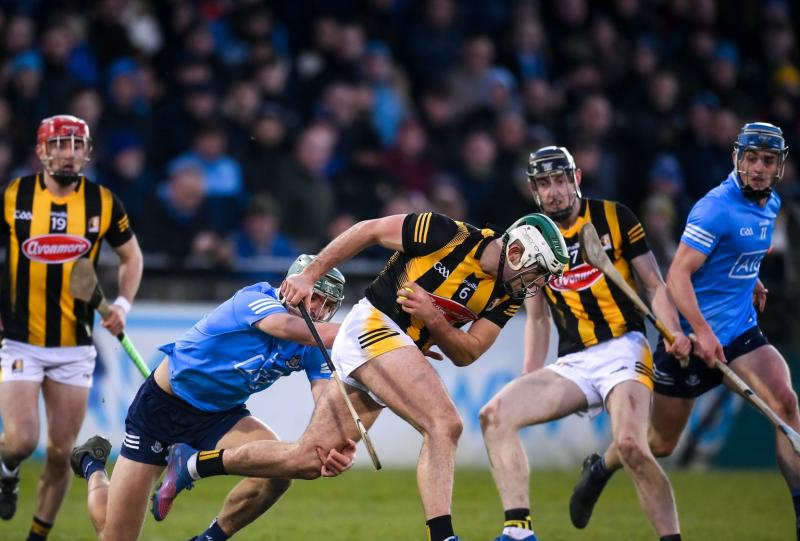 Kilkenny's Paddy Deegan in action against Dublin during their Allianz National League meeting in March.

After losing out to Galway in the last round of the Leinster senior hurling championship, the pressure is certainly on Brian Cody’s team as they make the trip to the capital to meet Dublin in a crucial round-robin game at Parnell Park on Saturday evening (throw-in 7pm, live on Sky Sports).

Dublin go into the game with a 100% record after wins over Laois, Wexford and Westmeath and they will know that a win here would put them in pole position for a Leinster final place while also putting a major dent in their opponent’s chances.

Kilkenny will be looking to get their campaign back on track and with Wexford at home in the last game, they will have a major say in how the top three looks at the end of the round-robin series next weekend.

The two sides met in last year’s provincial final as well as this year’s Allianz National Hurling League with Kilkenny coming out on top on both occasions. They will be hoping for another win to keep alive their chances of a third Leinster title on the trot.

It’s also a big day for the Kilkenny camogie team as they also meet Dublin in the Leinster Senior Championship final a couple of hours earlier in MW Hire O’Moore Park with a 2.45pm start at the Laois venue.

The decision to play the game in Portlaoise was made a couple of weeks ago by the Camogie Association with the Leinster senior hurling championship clash involving Laois and Galway commencing afterwards but it is still rather unfortunate that Dublin and Kilkenny are meeting in the two codes at two different venues on Saturday especially when you consider there are families linked with both squads.

Kilkenny will be big favourites for the camogie decider and with the championship commencing a week later, the Cats will be eager to maintain their winning run which has seen them beat Wexford and Offaly over the last two weekends.

A big Saturday of action awaits!