Galmoy/Windgap under-13s had a convincing win over Mount Leinster Rangers in round three of the Roinn B league in Galmoy on Friday.

Mount Leinster were first to register, when full forward Jack Ivers struck a ground shot to the net but top scorer Jack Egan soon replied with a goal and a point.

Further points flowed from Tadhg Kennedy, David Nolan (2) and Egan(2) to stretch the lead of the home side.

Best performer for Mount Leinster, centre back Adam Joyce, kept his side in touch with three pointed frees.

Their fourth goal was a move which began in defence when Darragh Enright cleared to Tadhg Kennedy who sent a perfectly floated delivery to Jack Egan who then rattled the net to leave the hosts in control at the break 4-6 to 1-3.

With Conor Power, Aidan Doyle and MJ Corcoran clearing well in defence, the Galmoy/Windgap forwards had ample supply of the sliotar.

This trend continued immediately after the break when Jack Egan waltzed through twice in succession to raise two more green flags and put this game to bed.

Try as they might, Mount Leinster could not get back into this game, despite the best efforts of Adam Joyce, Darragh Coleman and Eoin Condron.

In the 48th minute midfielder Eoin Condron did pull back a goal for the visitors when he blocked an attempted clearance by Conor Power, gathered the sliotar and shot to the corner of the net.

That was as good as it got though as further goals from Rory Quigley and Tadhg Enright rounded off an impressive performance from Galmoy/Windgap who must now travel to play Dunnamaggin away on Friday.

St Patrick’s travelled to Urlingford for the Duggan Steel Under-13 Roinn C Hurling League Group A Round 2 clash with Emeralds.

A sizable contingent of supporters turned out to cheer on both teams on what was a beautiful, still evening for hurling.

Emeralds opened the scoring with a first minute point by Cillian Deegan and from there on took control of the game.

St Patrick’s centre back put over a lovely point in the 11th minute to get their first score.

Emeralds responded immediately with a point by Charlie Moriarty and pushed on from there to finish the first half with 4-9 to St Patrick’s (0-2).

The second half was again dominated by the Emeralds and although St Patricks fought valiantly and were unlucky not to add another couple of scores, the Emeralds ran out winners by 8-14 to 0-2.

This game finished 1 - 10 to 0-5 points in favour of the visitors. On a sunny afternoon in Graig, Lisdowney dominated this game from start to finish.

Some early misses from Graignamanagh set the tone for the home side who could only manage five points, all from frees from Sean O’Grady and Cian O’Shea.

Robert McEvoy and Matthew Grogan were the danger men for the visitors who managed to score seven points between them before Tadgh Bergin killed the game off as a contest in the 50th minute with a well taken goal.

Graig’s defence battled hard all afternoon but they could not breakdown a very organised Lisdowney defence who were in control all afternoon.

Both Mullinavat and Naomh Brid played in the second round of the under-15 Roinn C League.

Naomh Brid were very unlucky to come up against a very in form home side who were dominant throughout from start to finish.

Mullinavat were teak tough in defence and found their scores a lot easier to come by with goals in both halves supported by a big points tally on the night. 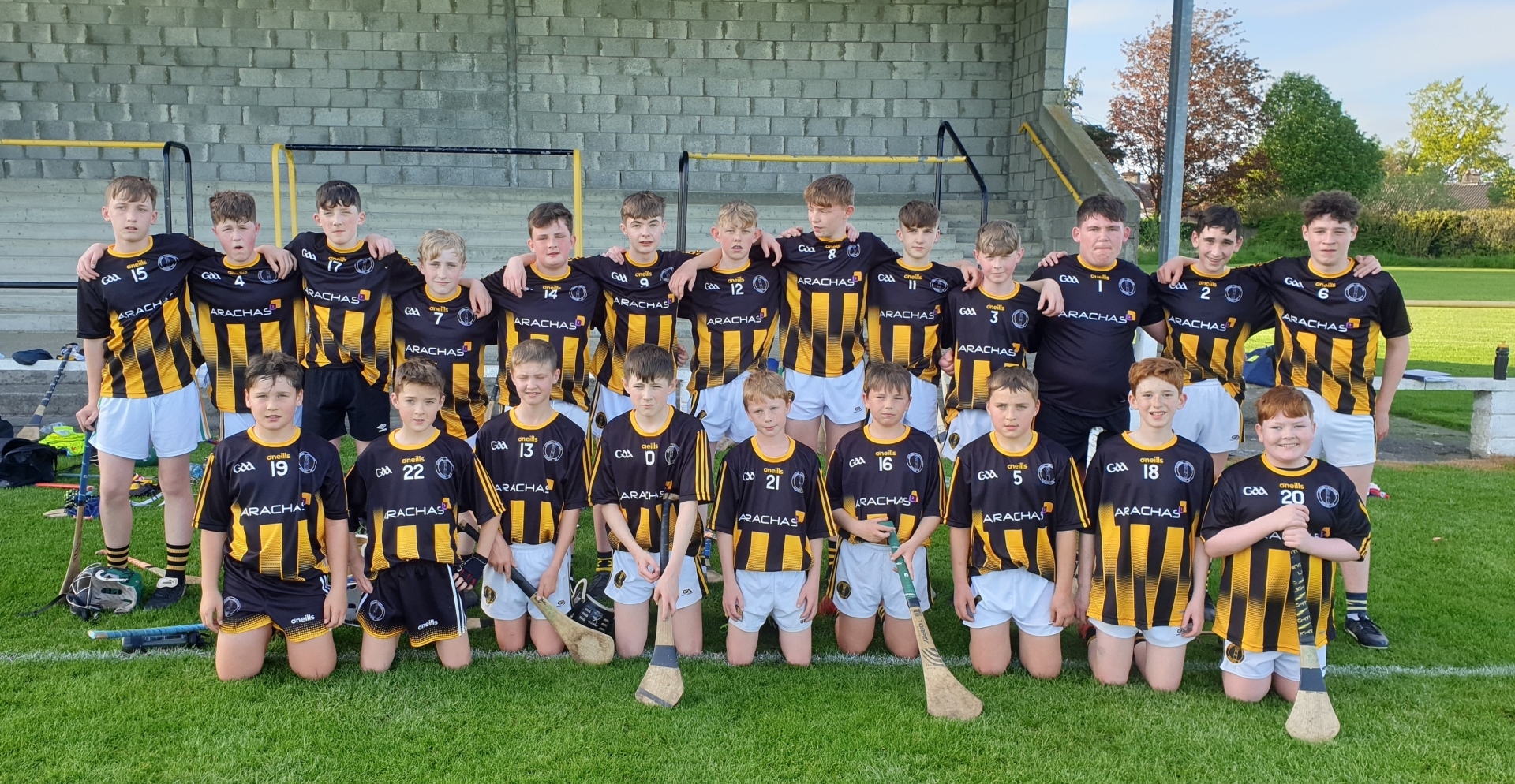 On a lovely evening in Freshford it was a tough game for the home side with Tullogher taking an early lead with a goal in the first minute.

St Lachtain’s replied with a goal in the fifth minute.

From then on it was all one way traffic with Tullogher Rosbercon out scoring St Lachtain’s leaving the half time score 4-8 to 2-4.

The second half continued in the same manner with a very strong performance from the visitors who ran out convincing winners on the night.