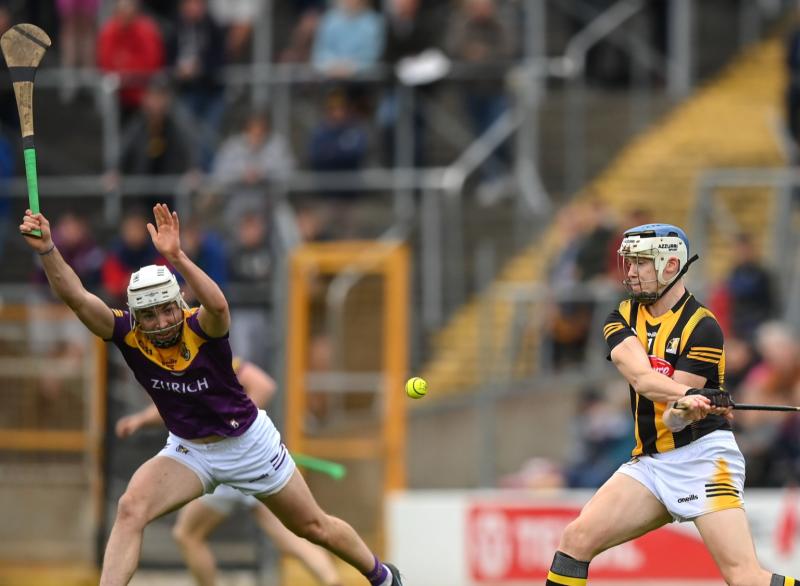 Kilkenny fell to a first ever Nowlan Park championship defeat at the hands of Wexford but still booked their place in next month's Leinster Final against Galway.

Wexford came into the game knowing only a win would do and inspired by the inspirational Lee Chin, the visitors emerged four point winners in a pulsating contest.

An Oisin Foley goal on the cusp of half-time gave Wexford a three point lead at the break and in the end that was enough to offset the Cats.

Kilkenny started well with Mossy Keoghan netting a goal in the 9th minute that gave his side a 1-4 to 0-2 lead on the back of points from Mikey Carey and TJ Reid.

Wexford responded valiantly though and by the 24th minute they were back on level terms with Chin and Diarmuid O'Keeffe slotting over a  pair of points each.

Foley's goal which arrived directly from a Mark Fanning puckout after the corner forward latched onto a loose ball before shooting past Eoin Murphy gave Wexford the advantage and if it weren't for Murphy producing a heroic stop from Conor McDonald, the margin could have been much more than three at the break (1-11 to 1-8).

Helped by a couple of TJ Reid frees and efforts from play by Carey and Walter Walsh, the teams were level at 1-14 apiece at the end of the third quarter.

Kilkenny were outscored 0-5 to 0-2 over the next 10 minutes however as Chin's influence really came to the fore and with five minutes to go, Kilkenny trailed by three.

The Cats rallied though and they looked certain to bag a second goal in the 68th minute when a Billy Ryan effort was blocked before both Mossy Keoghan and TJ Reid had goalbound attempts but somehow Wexford survived with Damien Reck making a superb clearance on the line.

Adrian Mullen and Padraig Walsh kept Kilkenny in touch but after TJ Reid saw a 21 yard free saved, the game was at an end with Wexford advancing ahead of Dublin on score difference and Kilkenny moving on to a provincial decider.