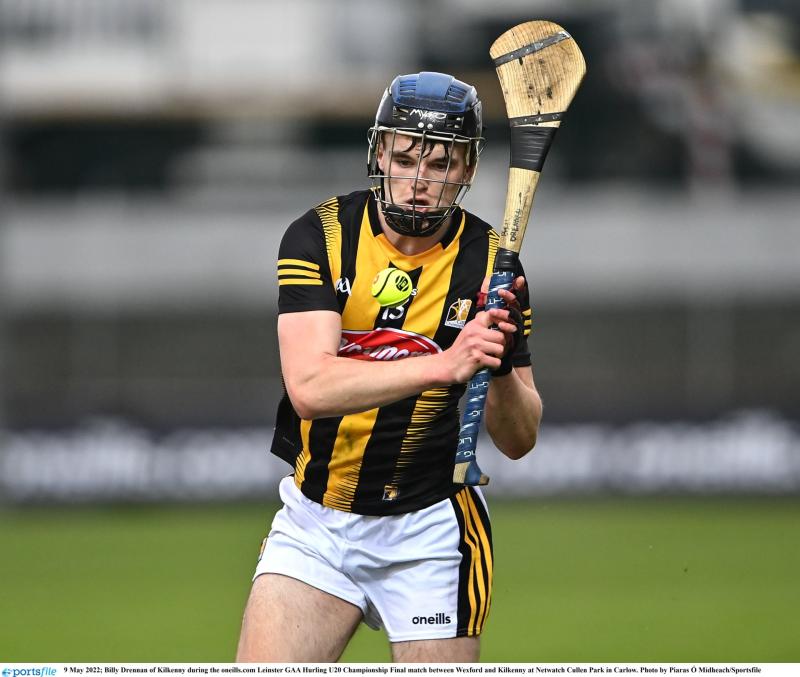 Billy Drennan was the Kilkenny star again as he picked up the man of the match award for the third successive game in Sunday's All-Ireland Under 20 Championship victory and the corner forward was full of relief to finally get over the line in an All-Ireland final.

Drennan scored eight points in total with five efforts coming from play as himself, Ian Byrne and Timmy Clifford excelled in the Kilkenny attack as they saw off Limerick by a point.

Th ace attacker was one of a number of players who have lost All-Ireland finals at both Minor and Under 20 level to Galway so finally getting over the line was hugely satisfying.

“It’s brilliant to finally get one as we’ve lost two All-Ireland finals before and we knew we had to push ourselves and today was our day.

“We knew ourselves that we had to attack together and defend together and the space opened up for us in the second half.

“It was close all the way through but we are just delighted to get over the line.

“It was our fitness that finally got us the win,” the Galmoy man admitted.