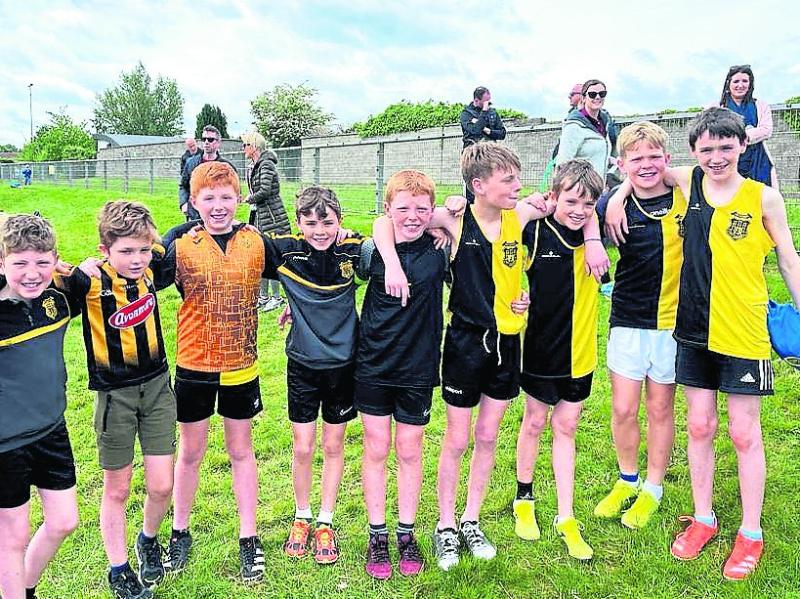 There was another bumper weekend of athletics action for the county this week. Between the ongoing schools championships, the county championships and the start of the national league, it seems to be non-stop competition for juveniles and seniors alike.

There was another action-packed schedule as the county track and field championships continued at Scanlon Park on Sunday.

Kilkenny City Harriers (KCH) have a decisive lead in the race for the county shield, with a whopping 427 points in the bank. Gowran are second with 236 points, followed by St Senan’s with 119. Thomastown are not too far behind with 72 points; St Joseph’s have 61, followed by Castlecomer. Brow Rangers and Barrow Harriers.

Barrow Harriers, the youngest club in the county, are now seeing their juveniles reach into the older age groups, and have started gathering medals at ages from under-14 to under-17.

It is a fantastic achievement to reach this milestone, something other longer established clubs would have rejoiced in many years ago. All in Kilkenny athletics look forward to seeing these youngsters blossom as they advance into the Leinsters.

It is in the relays that KCH demonstrates sheer dominance; they often have three or four teams and make a clean sweep of the podium, such is the depth of talent and quantity of athletes they have at the moment.

Aside from the usual communion and hurling clashes, this year having the championships a little later (due to the availability of the track) has meant a complete clash with schools athletics. The provincial schools championships in Munster and Leinster has meant a drop in the number of older juveniles competing. The weekend also saw the start of the national league, which will drain the older juvenile ages. 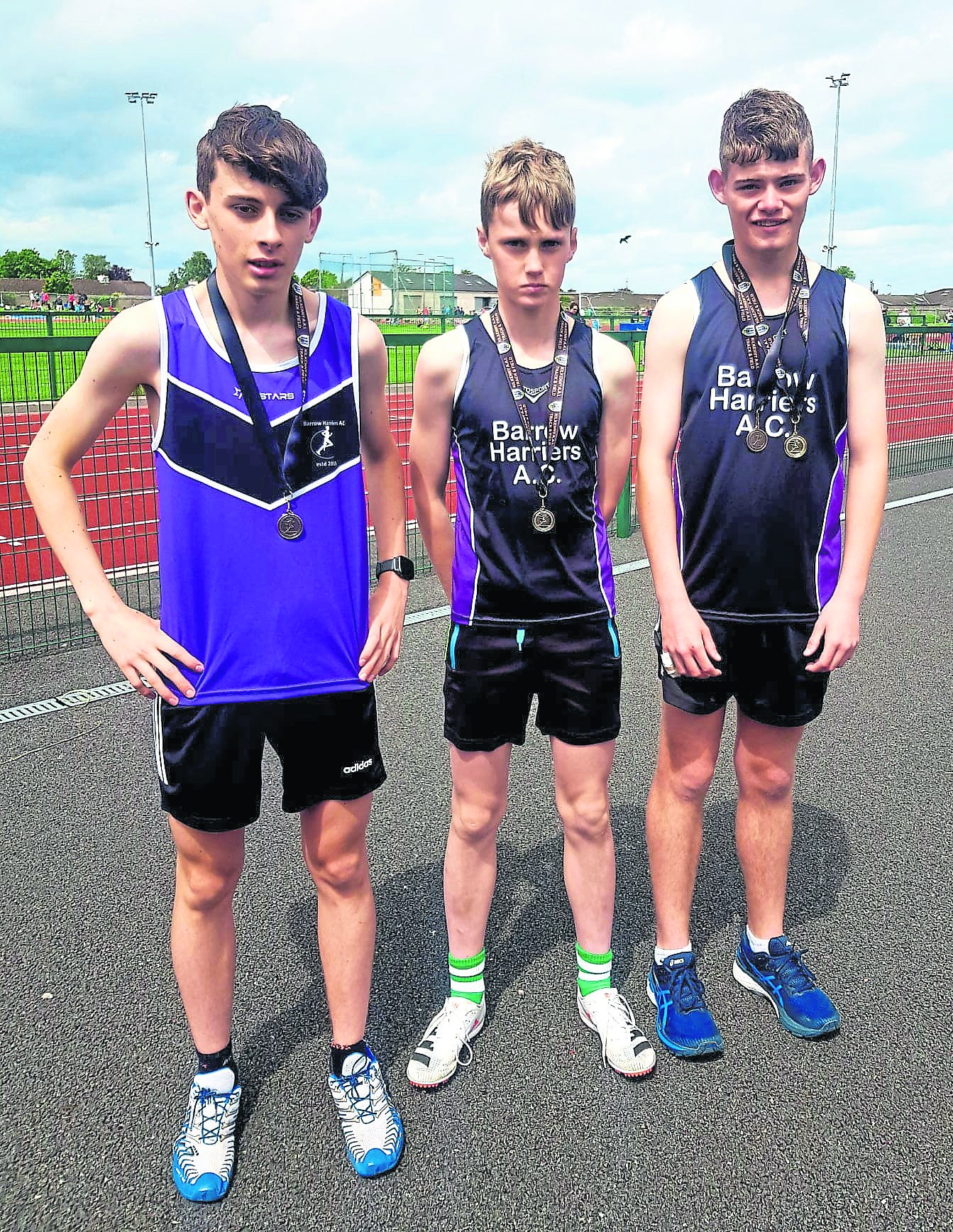 Individually Daire O’Flaherty (KCH) won the under-12 200m and 800m, getting the better of Gowran’s MJ Carroll in both of these events.

Hugo Tierney (Barrow Harriers) had a very decisive win in the boys’ under-14 800m. However, the battle for the silver and bronze medals was a three-way affair between Kyrell Mtinsi (KCH), Paul Millea (KCH) and Finn O’Neill (St Senan’s).

The roar of the crowd as the athletes came down the home straight was deafening. Amid the noise it was Mtinsi who pipped Millea on the line, with O’Neill just a step away.

Jack Connolly (Barrow Harriers) emulated the success of his clubmate Tierney as he took the boys’ under-16 800m while the boys’ under-17 race saw a reversal of last year’s performances, when Ruairi McEvoy (KCH) got the better of Ben Wallis (St Senan’s). Wallis was last year’s Leinster silver medallist in this event. Gowran’s Cillian Dunne showed he was in fine form as he was an impressive winner of the junior men’s 800m.

Blaithin Holden (KCH) won the girls’ under-17 100m, but had to play runner-up to St Senan’s Luiseach Donohue in the 400m. Amelie Foley (KCH) once again had a head to head with Sophia Kerr (Castlecomer), with the Kilkenny City Harriers sprinter adding the 100m title to the 200m she won the week before. The O’Shea twins Katie and Amy from Thomastown were first and second respectively in the girls’ under-14 500m while another O’Shea - Anna from St Senan’s - won the girls’ under-13 500m.

Clodagh O’Callaghan (KCH) secured yet another gold medal, this time in the 500m, beating St Joseph’s AC athlete Lily Ryan to the spoils again. However, Ryan got her revenge when she took gold in the under-15 walk, with O’Callaghan finishing in third place - between them, these two athletes have virtually dominated the running events over the last two Sundays. 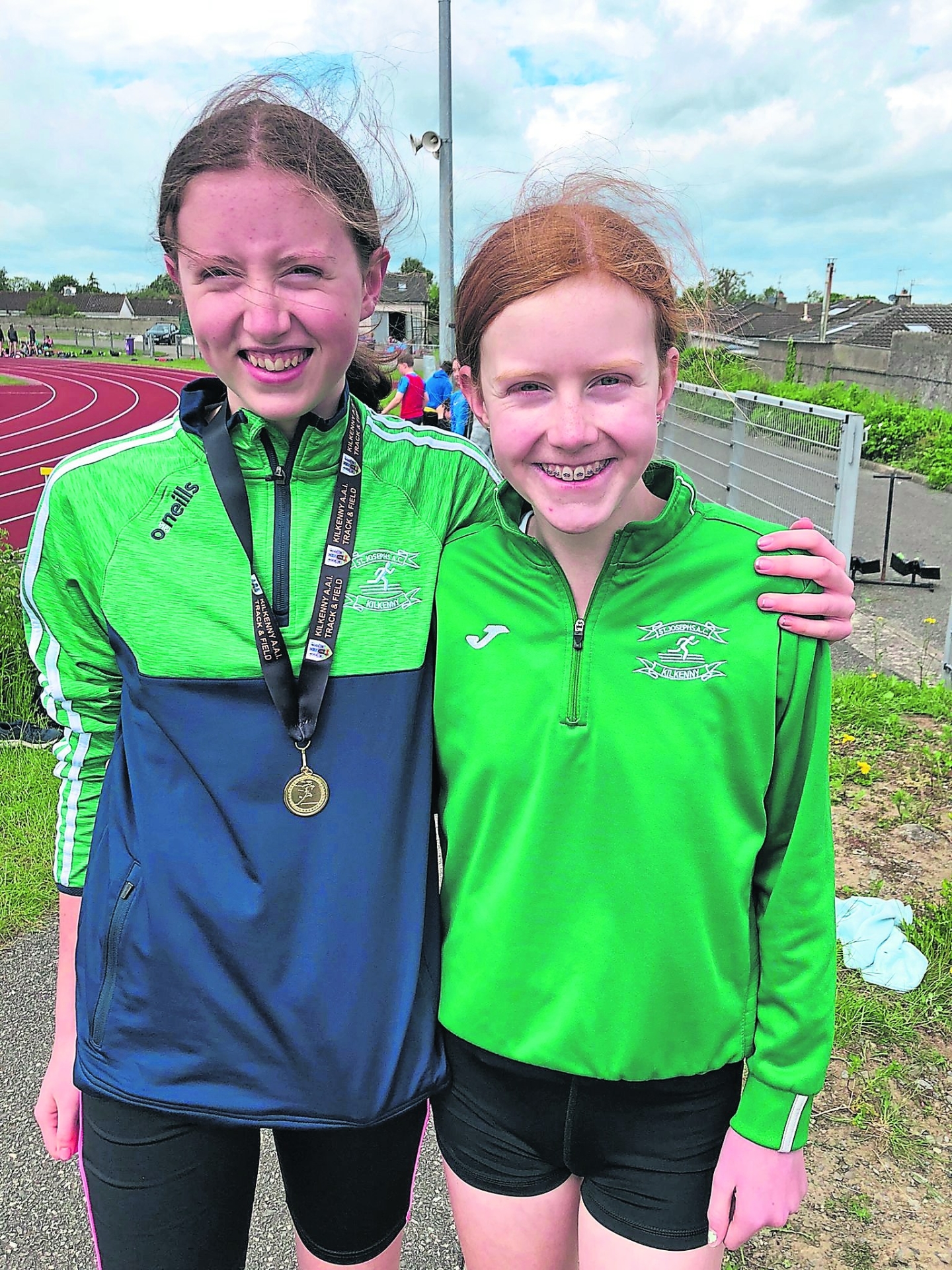 Caoimhe Barry (St Joseph’s) showed everyone she is capable of going to heights her famous dad Peter could not get to, as she took gold in the girls’ under-16 high jump.

While their coaches Joe and Murty Kelly may have been enjoying the spectacular Diamond League at Alexander Stadium in Birmingham, the Brow Rangers athletes did not let them down at home. Brow continued their winning ways with Leah Hennessey winning the under-12 shot while Doireann Haughney won the under-14 title. Kieran Kelly won the senior discus.

The Steiger sisters, Aoibhinn and Ailbhe, won their respective high jump competitions for Gowran, while Thomastown’s Zoe Beck looked impressive in the girls’ under-13 event.

Aisling Phelan (Castlecomer) and Rachel Duff (Gowran) seem to have a battle on their hands every time they put on their spikes. Ireland’s number one and two under-13 sprinters just can’t avoid racing each other.

Last week it was Duff who came out with the gold. This week, however, Phelan took the spoils in the 80m. What will the Leinster Championships bring for these two young athletes?

Castlecomer’s James Kelly won yet another senior middle distance track race, but he was pushed all the way in the senior 800m by St Senan’s Jonathan Crowley.

Crowley, who has returned to training after an injury, is getting fitter with each race.

Midweek it was the turn of the under-8, 9 and 10 age grades to take to the Scanlon Park track. With two track races, and some field events at stake, there were plenty of events to suit all sorts of athletes. Once again KCH were dominant in the relays, winning eight out of the 11 medals on offer.

Julia Daly (KCH) seems set to follow her elder siblings into the world of athleticism, as she won the girls’ under-10 300m. Big sisters Ellen and Molly were on hand to give her a cheer.

Alisha Farrell (Thomastown) was unbeatable as she took home three individual gold medals. She won the turbo javelin, long jump and 60m at under-9 level. She also secured bronze in the 300m.

These young athletes will compete in the team event this coming Wednesday.

The county senior 5,000m was held with the younger ages. There was another massive turn out of athletes of all abilities. It was once more James Kelly (Castlecomer) who took the gold medal. He was chased home by Dean Rowe (Gowran) who had the title within his grasp going into the final lap. Kelly is having an outstanding championships, having won the 800m, 1,500m and 5,000m. Can he take the 3,000m title too?

County athletes were spread over Munster and Leinster for the provincial schools championships during the week. In Munster, athletes from St Joseph’s and St Senan’s battled across minor, junior, intermediate and senior ranks for places in the All-Ireland schools finals. Templemore provided the perfect venue for the occasion. 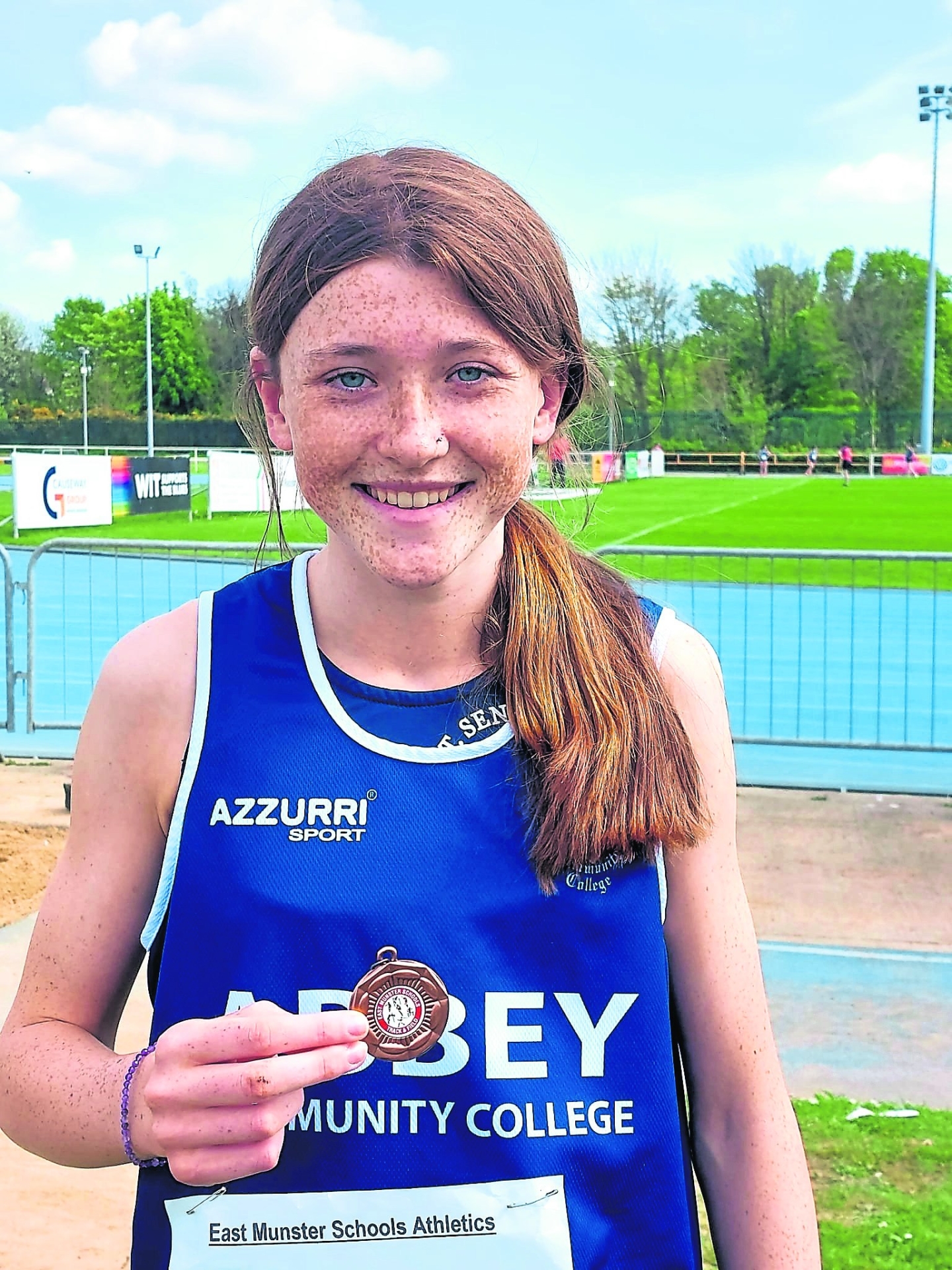 A great performance saw Eve Dunphy take gold in the under-16 mile with another outstanding run. There was gold too for Keelin Roche - in fact a double gold - when the talented St Senan’s athlete, representing the Abbey CC, took gold in the triple and long jumps. He set a new season’s best in the long jump.

In the Leinster Schools, which were held in Santry, Thomastown AC’s Hannah Kehoe had an impressive win in the senior 1,500m while representing her school Loreto Kilkenny. There was gold too for Gowran’s Billy Coogan in the steeplechase, as the CBS athlete retained his title from 2021.

St Joseph’s Lily Ryan had an impressive performance in the walk. The Lady of Lourdes athlete put plenty of space between herself and the second placed athlete to secure a win by a very large margin.