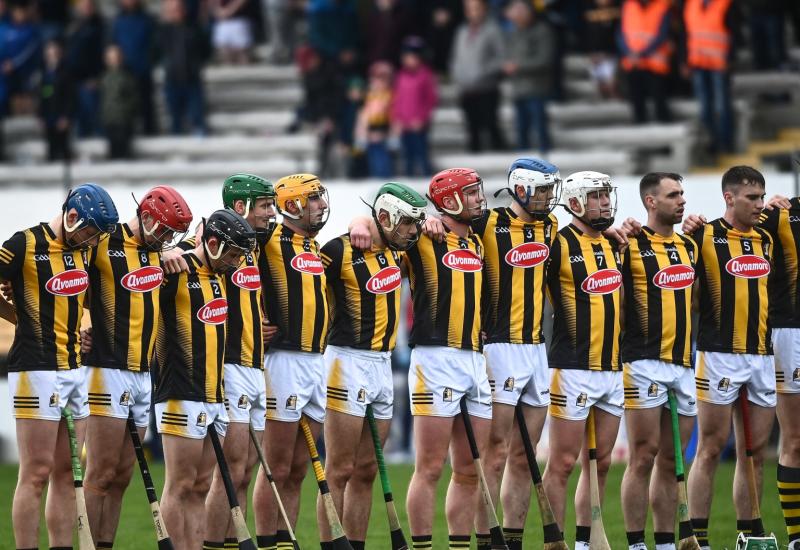 Kilkenny will appear in their fifth successive Leinster senior hurling final when they make the trip to Croke Park on Saturday to meet Galway (7pm, live on RTE 2).

The Cats will be looking to win a third provincial title on the trot while Galway will hope to make it title number four since they made the switch to Leinster over a decade ago.

It’s a seventh Leinster final meeting between the sides with Kilkenny currently leading the series 4-2 but this may be the most anticipated clash between the teams yet.

It will be the second meeting in a number of weeks between Brian Cody and Henry Shefflin after Galway edged out the defending Leinster champions in Salthill a couple of weeks ago.

There was only a point between the sides on that occasion but it’s fair to say that the handshake between the two managers took most of the headlines afterwards.

Kilkenny will maybe feel that they let that game slip by with Paddy Deegan conceding a last second free that was converted by Conor Cooney.

That victory was one of four for Galway in the round-robin with their opening day draw against Wexford being the only game they failed to win and even at that it took a last second Lee Chin free to deny them.

This is in sharp contrast to Kilkenny who beat the teams who are no longer competing in the championship - Laois, Westmeath and Dublin.

The loss against Galway was disappointing in how it transpired but much more worrying for Kilkenny supporters was the way they went down to Wexford in UPMC Nowlan Park in the final game.

Kilkenny’s high scoring difference proved to be the saving grace in helping them finish in second spot behind Galway but the Wexford setback certainly threw up a lot of questions.

Throughout the championship Brian Cody has chopped and changed his starting lineup in the hope of landing on a winning formula and it hasn't really worked out so far and Cody along with his selectors Conor Phelan, Martin Comerford and James McGarry, the Kilkenny management team will have a lot of thinking to do ahead of their team selection.

Of all the teams left in the running for the Liam MacCarthy Cup, it looks as though Kilkenny are the most unsettled in that it's very difficult to know what team will take to the field.

The midfield and half forward line seems to be the area of most concern with numerous players tried out in the middle third but apart from the likes of TJ Reid, Walter Walsh and Adrian Mullen, nobody has really forced the hand of management and who starts there in the Leinster final is anybody’s guess.

Team selection is one thing but overall performance is another thing and the truth is Kilkenny will need to be much improved on Saturday if they are to get a result.

After a productive league campaign that saw them play some attractive hurling with decent results, the Cats seemed to revert back to type when the pressure was on against Wexford which suited the Model County down to the ground.

The direct style certainly didn’t suit the like of Eoin Cody who was held scoreless for the entire 70 plus minutes and Kilkenny can’t afford to have the dual young player of the player hanging around the fringes.

Getting back to Croke Park will be a big positive for Kilkenny as they tend to play a lot of their best hurling there and this game looks to be going on a similar path to the 2020 decider with Galway seemingly big favourites.

Goals from TJ Reid and Richie Hogan gave Kilkenny the win in that covid enforced final and the Cats will be hoping to get a repeat performance this weekend.

After already losing out to Galway, Cody and Kilkenny will be desperate to turn the tables and a third defeat in six games could be fatal for this Kilkenny side.

A loss in the Leinster final will not only end the quest for a third provincial crown on the trot but it will also mean that they will more than likely meet a rejuvenated Cork side in an All-Ireland Quarter-Final.

All that only makes the game on Saturday more tantalising and when Kilkenny’s backs are to the wall they tend to come out fighting more often than not.

One big positive throughout the championship has been the emergence of Mikey Butler at corner back and he will again be tasked with another stern examination in what will be the O’Loughlin Gaels man’s first appearance in Croke Park.

With Huw Lawlor expected to miss out, a lot of eyes will be on the Kilkenny full back line and Butler and Co will need to be at the top of their game if they are to bat away the likes of Brian Concannon, Conor Whelan and Cathal Mannion.

Galway’s physicality is a big thing for them and Kilkenny will need to stop them in their tracks with Joseph Coney, Gearoid McInerney and Padraig Mannion all having big outings in their last meeting.

A tasty affair lies in store.