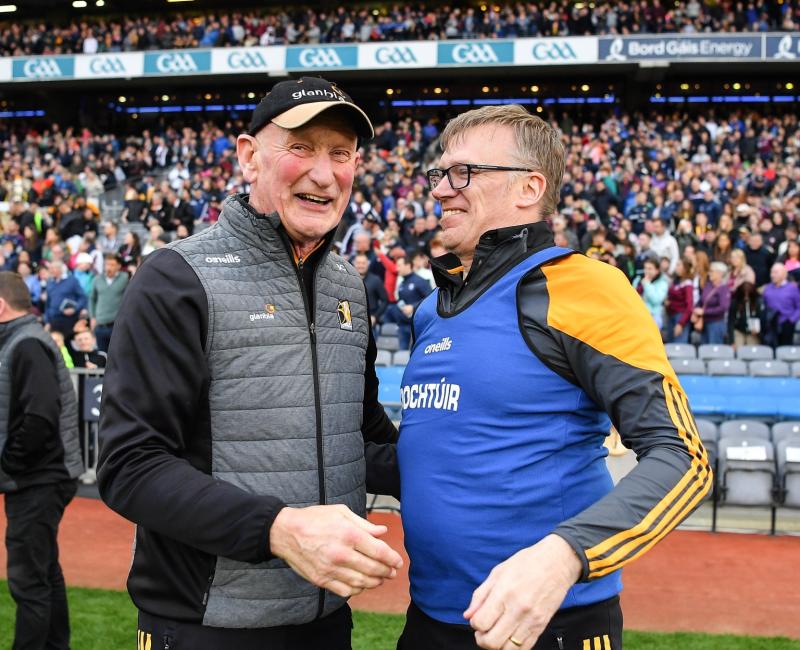 Saturday night’s Leinster title victory was the 74th in Kilkenny’s history and the 18th during Brian Cody’s time as manager and you could tell by the celebrations afterwards that it was one of the sweetest.

The Kilkenny boss got huge satisfaction from the 0-22 to 0-17 success over Galway that now sees them only 70 minutes away from an All-Ireland final.

“First of all, to be Leinster champions is a huge achievement for the players and also the added bonus of getting straight to the All-Ireland semi-finals so it’s a great night for Kilkenny, that’s for certain”, he said.

Kilkenny came into the game on the back of defeats to both Galway and Wexford in the round-robin series of the Leinster Championship and despite the closely fought battle, Cody admits there was no extra motivation to get one over Henry Shefflin’s side.

“I wouldn’t say there was any extra motivation, no.

“ We lost in Salthill to a point. Kilkenny have gone to Salthill and Croke Park many times over the years and always found

Galway a really serious challenge and come out on the wrong side of it at different times.

“We lost the game, of course we were disappointed to lose the game, but you don’t need that extra kind of motivation to go ahead and compete and try and win the Leinster final. That’s all there for you, it’s worth going after”.

Kilkenny’s defence really stood up to the Galway physical challenge with the O’Loughlin Gaels trio of Mikey Butler, Huw Lawlor andPaddy Deegan excelling at the back.

Without wanting to single anyone out individually, Cody was impressed at how well his Kilkenny rearguard shut out the likes of Cathal Mannion and Brian Concannon.

“I wouldn’t individualise it, I think we defended very well all over the field.

“I thought the forwards defended very well, put great pressure on their back-line, which is of course crucial for our backs.

“Our backs have been consistently good and again we were strong everywhere.

“If we had been less than completely competitive and efficient in any area of the field, we wouldn’t have won because the oppositon is quality.

Kilkenny now have a four week wait to an All-Ireland semi-final but after a tough period of games, it’s something the Kilkenny boss welcomes.

“I’m happy to have the four week break at this stage because it has been very intense and very little time for training at all from the point of view of working at things in training and just building a whole sense of being ready for the challenge. We have that opportunity now, use the time to recover and really prepare well”