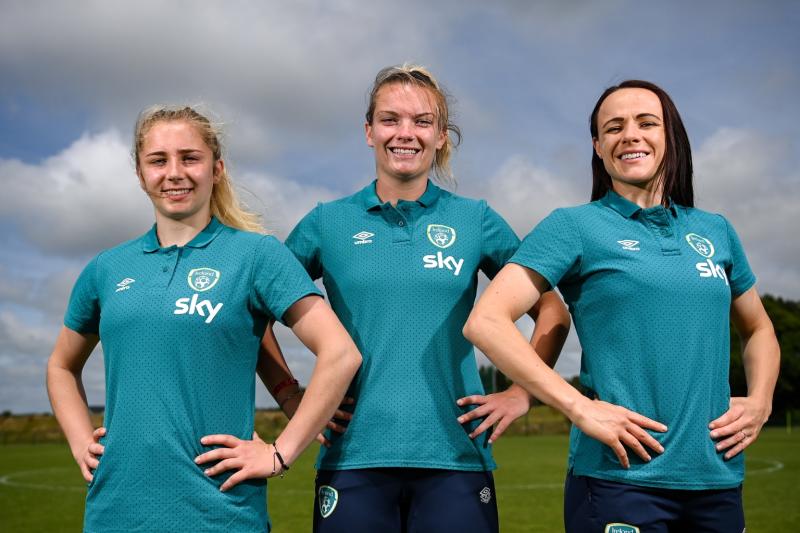 Sky Ireland has today announced the five recipients of the inaugural Sky WNT Fund. The Sky bursary is designed to support members of the senior women’s team on their paths outside of football. Today’s announcement follows the unveiling of the fund earlier this year, on March 8th, International Women’s Day.

Research conducted earlier this year from Sky showed that 8 out of 10 adults believe the WNT is something Irish people should be proud of and is deserving of our support. As part of growing this commitment, Sky is helping players during and after their football careers on its mission to support and empower talent.

The Sky WNT Fund will this year assist five Women’s National Team players with their academic studies and career development off the pitch. The worthy recipients of the 2022 Sky WNT Fund and receiving €5,000 each are:

Éabha O'Mahony – Éabha is currently studying at Boston College and the bursary will help fund her college fees.
Áine O'Gorman – Áine applied to the Sky WNT Fund for support funding the UEFA A coaching licence.
Saoirse Noonan – Saoirse will use the bursary to help build her clothing brand, Freedom Official Clothing.
Ellen Molloy – Ellen is progressing into third level education and the fund will help support her college fees.
Grace Moloney – Grace is planning to use her funding for the UEFA A coaching licence.

Any senior Women’s National Team player could apply for funding when entries opened earlier this year and applicants completed a short form, where they were asked to showcase how the funding would assist their career development or academic studies.

Speaking about the Sky WNT Fund, Chief Commercial Officer at Sky Ireland, Orlaith Ryan, said: “We were blown away and humbled by the commitment showcased by the entrants to the inaugural Sky WNT Fund. A lot of these players are juggling full time studies, careers and businesses while playing at the very top level for Ireland. The passion and commitment all players have shown is remarkable. We were faced with the very difficult decision of picking just five recipients from the eighteen entries received. “

“We want to thank every player who entered this year - we were faced with the very difficult decision of picking just five recipients from the eighteen entries received.   Therefore, as part of Sky’s ongoing commitment to our Women’s National Team, we will make the Sky WNT Fund an annual bursary so we can continue to help these women grow both on and off the pitch.”

Women’s National Team player & 2022 Sky WNT Fund recipient, Saoirse Noonan, said: “The commitment Sky has shown the players since coming onboard in 2021 has been phenomenal. The team was delighted to hear of this fund earlier this year. I know what it’s like to be juggling education, my playing career and a business. I am completing my degree in Cork while also getting my clothing business ‘Freedom Official’ off the ground. This bursary will go towards relieving some of the financial strain from college fees but also towards getting ‘Freedom Official’ to that next step in business.”

The Republic of Ireland Women’s National Team take on Finland at Tallaght Stadium, on September 1st 2022. This is a key fixture in the WNT's World Cup qualifying campaign. The Irish team are calling on the whole country to join them and show your support for the Girls in Green. Tickets for this important fixture go on sale from tomorrow, Tuesday 26th July.