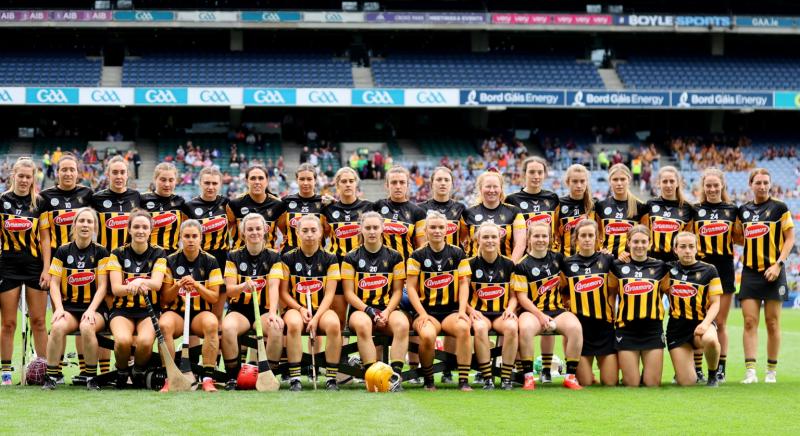 It will be the first meeting in a final since 2018 when Cork won back to back titles after the sides met in three successive finals between 2016 and 2018.

Kilkenny won only one of those meetings but this will be their sixth final appearance in seven years. Hope is high on Noreside that they can recapture the O’Duffy Cup after Galway won last year’s All-Ireland title.

When it comes to history and tradition there should only really be one winner on Sunday with Cork having double the amount of titles of their counterparts.

Kilkenny have 14 All-Ireland titles to their name but there is a feeling that they should have a bit more and that they maybe have underachieved a little in recent seasons.

That’s why the 2020 success over Galway was so significant, but even since that dreary December night in the midst of the Coronavirus, a lot has changed.

Kilkenny have lost the majority of their defence as well as a midfielder and key players in attack.

In essence, the Cats shouldn’t really be able to absorb such mammoth losses but that’s what makes this group of Kilkenny players so unique.

Brian Dowling has instilled a huge jolt of confidence amongst them and they will be going to Croke Park fully expecting to come away with the victory.

Despite not making the league final, Kilkenny are still unbeaten in 2022 and the Leinster Championship certainly helped in gearing them up for a crack at the round robin campaign.

Wins over Wexford, Offaly and Dublin ensured the Cats of provincial honours and they maintained that consistency throughout the All-Ireland championship.

Victories over Down, Antrim, Offaly and Limerick arrived before they drew with Galway in the final group game in Athenry.

That was a game Kilkenny could have easily won but it was also a day where the team and squad began to take a bit of shape.

The Cats duly beat Dublin comprehensively in the quarter-finals before dethroning the All-Ireland champions Galway in Croke Park the last day.

The Fitzgerald sisters, Tiffanie and Steffi, have been a revelation this term while Laura Murphy and Niamh Deely have also taken command in a defence that is well marshalled by the experienced duo of Grace Walsh and Claire Phelan.

That mixture of youthful flair and exuberance mixed with a handful of experienced heads is certainly working a treat.

Katie Power has moved to midfield due to the absence of Aoife Doyle and she looks to be really prospering after suffering an injury nightmare in recent seasons.

Cork will certainly be no pushovers though and despite trailing for long periods of their semi-final with Waterford, they found a way to win.

Chloe Sigerson and Amy O’Connor are their main assets in attack while Hannah Looney, Libby Coppinger and Ashling Thompson provide the leadership.

Matthew Twomey has taken over from Paudie Murray while most interestingly is the sight of Davy Fitzgerald as a selector.

Being All-Ireland final day, the Clare man’s presence in the backroom team will be under the spotlight a bit more.

After a weekend where Ladies Football attracted over 46,000 to its three All-Ireland finals, camogie takes the headlines this week. While it hasn’t received the boom that Ladies Football has had there should still be a good attendance in Croke Park on Sunday.

After the hurlers went so close against Limerick a few weeks ago, it would be a great boost to the county if Kilkenny could get over the line. Taking everything into account, if Kilkenny can find their usual flow then it’s all set up for them to take the victory - but it will be close.