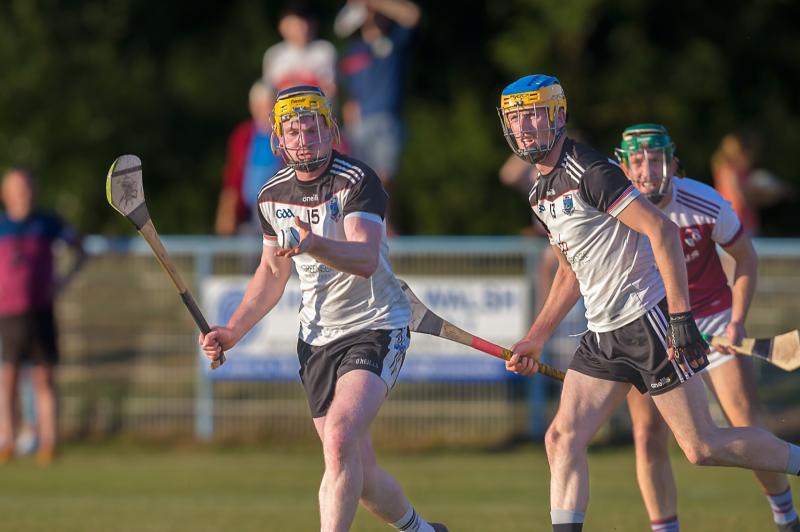 John Walsh inspired Mullinavat to a second straight victory as they finished strongly to overcome Clara and give themselves a chance of making the senior championship quarter-final.

The Mullinavat sharpshooter gave an exceptional second-half performance as he almost single-handedly led the way in attack to help the South Kilkenny men to follow up on their win against Tullaroan.

Clara made the brighter start and they were 0-3 to 0-1 ahead after 11 minutes with points from Paul Cody, Chris Bolger and a Jason Byrne free but Mullinavat responded with four unanswered points between the 11th and 15th minutes from Padraig Dempsey, Tom Aylward with a massive long distance free from his own full back line, Adam Mansfield and Ian Duggan as they led 0-5 to 0-3.

Following a stoppage in play, Jason Byrne (free) and Ian Duggan exchanged points before the Mullinavat goal came in the 22nd minute.

Terrific work from the Mullinavat attack saw the strong running Ger Malone show great determination to pass to the on-running Willie O’Dwyer who slammed the sliotar into an empty net.

Scores increased at a rapid rate for the remainder of the half as Mullinavat led 1-11 to 0-9 at half-time.

Ger Malone(2) and John Walsh(2) - 0-1 free - added to the Vat men’s account as Clara’s addition to their scoring tally came from David Langton with a superb effort in the 28th minute, Conor O’Shea(2), Jason Byrne and Paul Cody.

The early stages of the restart saw both teams squander numerous chances as a point from play by Liam Ryan was the only score that occurred during the opening 10 minutes of the second half.

John Walsh pointed a free in the 40th minute to restore Mullinavat’s five point advantage before adding two points from play to maintain that five point gap by the midway point of the half.

Lester Ryan who was introduced as a half-time sub struck over a superb long range point in the 46th minute before the imperious Tom Aylward fired over another massive long range point from a free in the 47th minute to maintain their healthy advantage.

Points from Ger Malone and John Walsh (free) in the 49th and 52nd minutes respectively sandwiched in between a David Langton point from play extended the lead to six points coming down the home stretch but credit to Clara for producing a spirited fightback in an attempt to restore the situation.

Five unanswered points in five minutes between the 53rd and 58th minutes left Clara just a solitary point behind as Chris Bolger (2), David Langton with a long distance free and Jason Byrne (2) - 0-1 free - added to their account.

However, Mullinavat dug deep as they finished strongly to close out the game with late points from Padraig Dempsey and John Walsh (2 from play) that included a superb individual effort from play and it was only appropriate that Mullinavat’s main talisman should have the final say in a most enjoyable and entertaining contest.

As mentioned John Walsh led the way throughout that second half from both play and frees with Tom Aylward giving a sterling display at full back.

The excellent and often dangerous Ger Malone was a thorn in the Clara defence throughout the evening, while Michael Malone and the hardworking Padraig Dempsey and Adam Mansfield were prominent also.

Chris Bolger was unquestionably Clara’s biggest threat in attack while David and Jack Langton, Shane Staunton and Lester Ryan did their utmost to lead the way as their unbeaten run ended on the night.

However, Clara are still in a prominent position to make a quarter-final and victory against Lisdowney next Sunday afternoon will secure a last eight place as their nearest challengers Shamrocks and Tullaroan square up to one another.

Mullinavat are in action against Erin's Own Castlecomer also next Sunday Afternoon in Gowran, and they themselves can qualify for a quarter-final place if they won and both Clara and Tullaroan were to lose.