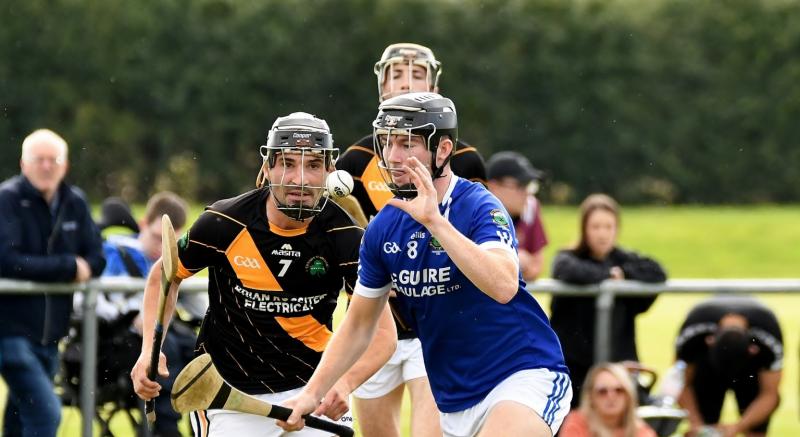 A scoring burst which yielded a goal and four points without reply midway through the first half was the key moment in this Michael Lyng Motors Intermediate Hurling League tie in Clara on Saturday afternoon.

The exchanges were pretty even during the opening quarter, but once Jack Holden scored the game’s only goal on 16 minutes for the winners, they never looked back.

John Donnelly, who alternated between centre half forward and full forward opened the scoring shortly after the throw-in and his ability to lay off the ball to colleagues was an effective tactic for the winners.

Conahy’s best player on the day, Thomas Rice, tied the game, but the winners were always able to quickly respond with a score of their own and they did with a point from impressive forward Jack Holden.

The ever reliable Robbie Donnelly landed the first of his 10 points on eight minutes for Thomastown with John Donnelly landing another.

Conahy led for the first and only time on 13 minutes, but not for long.

Jack Holden who has been a regular goal-getter for the winners this year, finished to the Conahy net on 14 minutes.

That goal saw Thomastown in control with Holden adding another point almost immediately.

Conahy’s discipline was costing the team with Robbie Donnelly pointing three frees to extend the margin out to six points.

The winners were dominant at this stage and despite the best efforts of Conahy the margin was extended to seven points by the interval with Thomastown grabbing further points from John Donnelly, Brian Staunton, Robbie Donnelly (free) and Luke Connellan.

Conahy struggled for possession in the closing 10 minutes of the opening half, but they managed to score points from Mark Gunner and a brace from James Bergin before referee Peter Burke blew for half time with Thomastown leading 1-13 to 0-9.

Conahy needed a good start to the second half, but it did not materialise as the winners landed three unanswered points through Dylan Waugh, Stephen Donnelly and Robbie Donnelly, from a free, to push the margin out to 10 points.

A rout now looked likely, but to Conahy’s credit they kept battling with a brace of points from James Bergin and Thomas Rice reducing the margin.

The scoring was tit for tat for the reminder of the game, with Conahy badly needing a goal to make serious inroads into the Thomastown lead.

Robbie Donnelly continued to land points from all distances and angles for the winners with further points coming from Luke Connellan and Stephen Donnelly.

Thomastown remain one of the fancied sides for Intermediate championship honours this year.