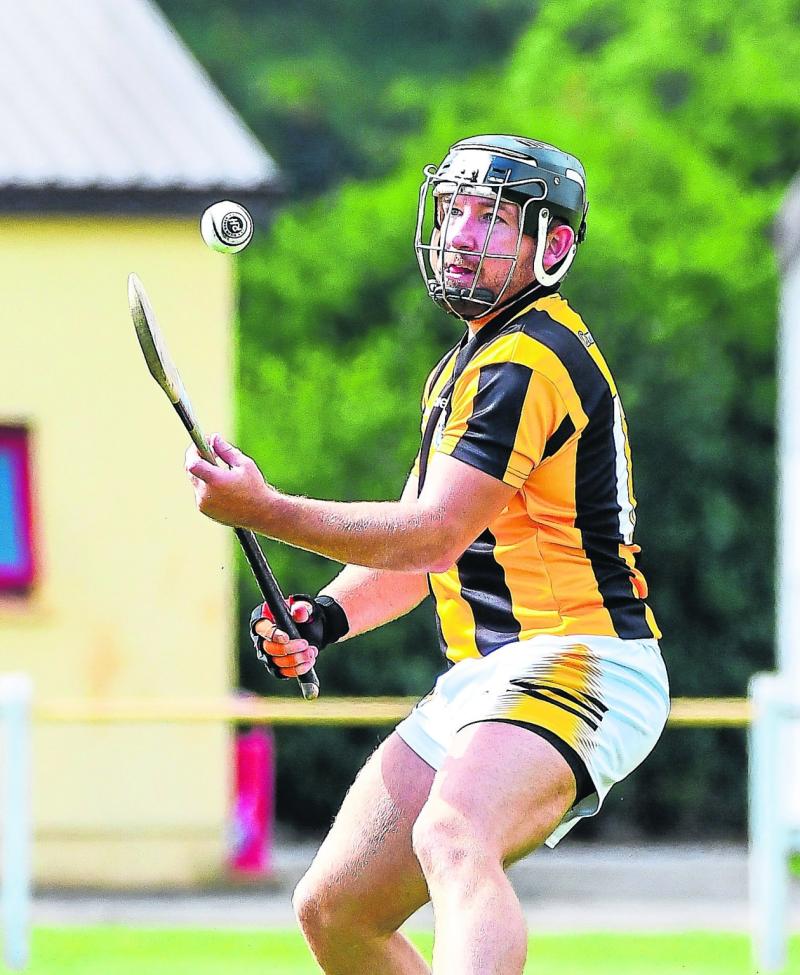 Danesfort maintained their unbeaten record in the Intermediate league when running out nine point winners over St Lachtain’s of Freshford on Saturday afternoon.

Danesfort were already assured of a place in the league final but that didn’t stop Niall Bergin’s team scoring 30 points over the course of the 60 plus minutes.

On the other side of things St Lachtain’s will have to deal with a relegation battle this weekend after they suffered a third league defeat.

Freshford’s only victory came against bottom placed Fenians even though they also battled to a draw against Rower-Inistioge.

They were without a number of players on Saturday and it told as the likes of Richie Hogan and Jack Bruton knocked over points for fun.

Cathal O’Leary, Phil Campion and Cian Dawson got the goals for Freshford but they will need to improve ahead of this weekend's relegation semi-final with St Martins.

Freshford almost had a dream beginning to the final round league clash when Noel McGree pounced on indecision from the Danesfort goalkeeper Paddy Hogan and he laid off a pass to Alan Rafter but Hogan reset himself to make a decent save.

Richie Hogan and Patrick Killeen then exchanged points before successive efforts from Hogan, Jack Bruton x2 and Paul Murphy from distance had Danesfort leading 0-5 to 0-1.

Allie Rafter knocked over St Lachtain’s opening score from play in the 10th minute and the sides then went point for point as the league leaders Danesfort led 0-8 to 0-5 at the halfway mark of the half.

It was at this point that Danesfort began to drift away from last year’s county finalists as efforts from play by Hogan and Cathal Kearney extended the lead.

Brendan Quinn replied with a score in his own half to get St Lachtain’s back within touch as they trailed 0-10 to 0-6 before Danesfort then hit the next four points on the spin.

Hogan, Bruton and Ben Whitty all pointed for Danesfort as they eased eight clear.

Killeen and Paul Murphy then swapped points before Freshford got a lifeline before the break when Noel McGree was fouled in the square and Cathal O’Leary subsequently fired the placed ball to the back of the net.

The half time whistle soon followed from Stephen Delaney as Danesfort led 0-15 to 1-7.

St Lachtain’s late first half rally gave hope to something of a comeback but that was quashed in the early minutes of the second half after Danesfort hit six points in a row.

That essentially settled the game in their favour and although Freshford kept battling, it was going to be a stiff uphill task from there.

When trailing 0-22 to 1-9, Lachtain’s did grab a second goal via Cian Dawson in the 42nd minute but like the first goal Danesfort responded in style.

The lack of many goal chances may have concerned some of the Danesfort faithful with their only real effort being from Jack Bruton with Jordan Burke saving well.

After that missed attempt Danesfort went on to score seven of the next eight points and they even had the luxury of being able to take off the likes of Richie Hogan and Jack Bruton late on.

Freshford’s third goal arrived in stoppage time as sub Phil Campion brought their tally to 3-12 but on an afternoon where Danesfort had 10 players on the scoresheet, there was always only going to be one winner as Danesfort enjoyed a comfortable success.