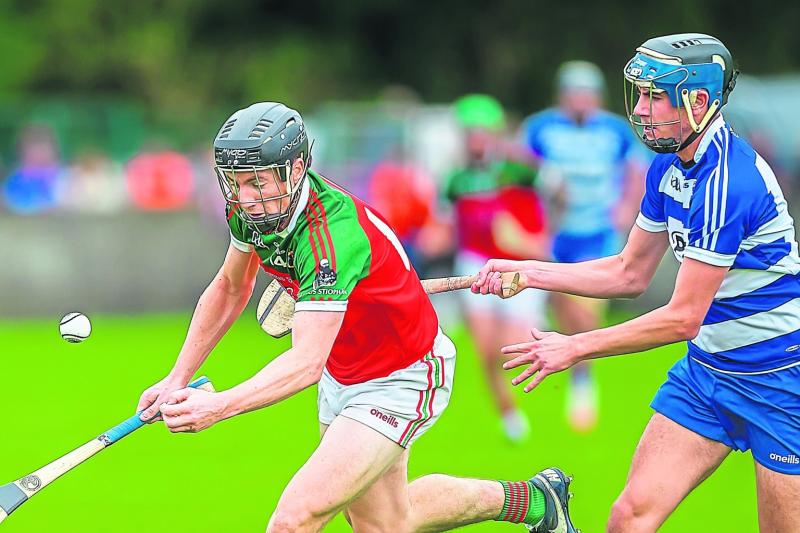 James Stephens got their season back on track when they ran out seven-point winners over Lisdowney in front of a large attendance in Ballyragget on Sunday.

While the round one clash doubled as a relegation semi-final the Village showed their class throughout with Niall Brassil scoring 15 points in total.

Brassil took on placed ball duty in the absence of Eoin Guilfoyle who was only on the bench and he certainly stood up to the mantle as he scored freely throughout.

James Stephens looked in full control of the game when they led 0-11 to 0-3 by the 17th minute and subsequently by six at the interval with a David O’Carroll goal keeping Lisdowney in touch.

O’Carroll returned to the Lisdowney team after being away travelling and found the net again in the second half as the 2020 intermediate champions got back on level terms.

Helped by a Tadhg O’Dwyer goal and Brassil’s brilliance on the frees, James Stephens finished in style as they did enough to set up a quarter-final clash with Bennettsbridge.

Points from play by Niall Brassil and Matthew Ruth got James Stephens off the mark before Cathal Jordan and Kevin Sweeney equalised for Lisdowney.

James Stephens then got the next six points with three frees from Brassil added to by efforts from play by Luke Scanlon, Tadhg O’Dwyer and Andy Parsons.

The Village led 0-8 to 0-2 by that point before Brian Kavanagh reduced the arrears with a free.

James Stephens didn’t give Lisdowney a sniff though and when O’Dwyer, Brassil and Ross Whelan pointed, the winners led by eight.

Indecision in the James Stephens defence allowed David O’Carroll to find the net in the 22nd minute for Lisdowney but even at that, the Village still maintained a six point advantage at the interval.

Within seconds of the restart the lead was out to nine points when Tadhg O’Dwyer caught a long free from Cian Kenny and found the net on the turn.

The game looked over as a contest at that stage but to their credit Lisdowney battled back brilliantly.

O’Carroll’s second goal in the 33rd minute spearheaded the Lisdowney revival and by the 50th minute they were back level.

James Stephens dominated the final 10 minutes though and with Brassil to the fore, the city side marched to a deserved win while Lisdowney must face up to a relegation final.