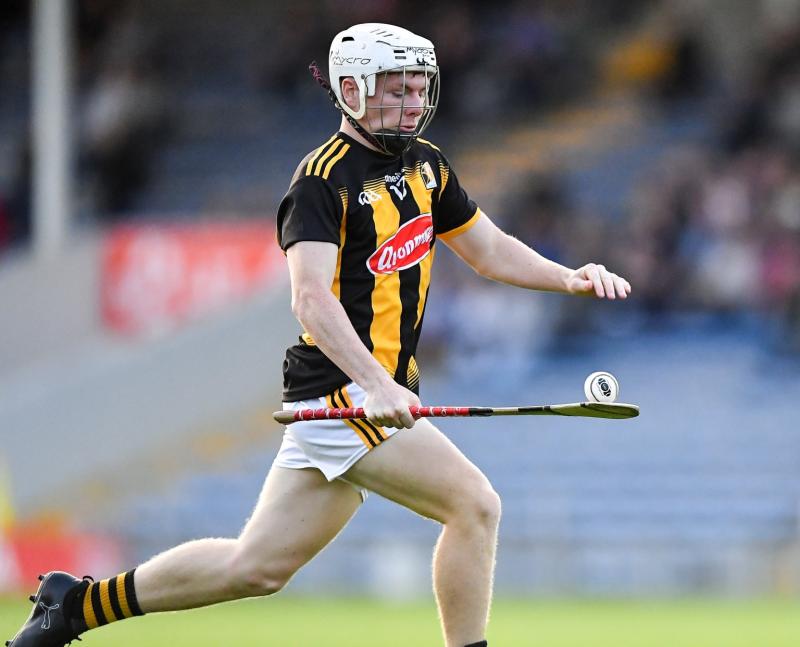 It was Tullogher-Rosbercon who tasted victory when they met Piltown in the JJ Kavanagh & Sons Junior Hurling League Premier Section A Final in Slieverue on Saturday.

With the pitch in immaculate condition and the sun shining, hopes were high on both sides as supporters travelled en masse for the encounter.

However, it was Tullogher who claimed top honours in a game that could be classed as flat by hurling standards.

Tullogher were more economical with the ball and but for the sizeable number of wides that Piltown might on another occasion have slotted over the bar, the game might have been that bit closer.

That said, Tullogher were by far the better team and will be serious contenders for the junior title.

Cian O’Donoghue was first to raise the white flag two minutes in when he stood over a placed ball and pointed for his side.
O’Donoghue followed that up with two more from open play and had three to his name by the sixth minute.

Danny Glennon, one to watch, was masterful throughout and in the eight minute took a pass from Anthony O’Connor and scored his first of seven points of the afternoon.

Piltown were finding scores hard to come by with a number of wides registered as they tried to find their rhythm.

It would be the 12th minute before Piltown’s Ronan Ryan put two on the board in succession, both from placed balls – the second ball fell short in front of the goal and bounced over the bar.

The Tullogher duo of Danny Glennon and Cian O’Donoghue were proving difficult to mark and went on the attack again in the 16th minute but this time Sean O’Neill defended well and managed to push back but only as far as Walter Walsh and, with his feet firmly planted in mid-field, Walsh sent the ball straight over the blackspot.

Piltown managed to clear the ball from a missed Tullogher chance and pushed forward – Michael O’Dwyer was fouled as he came out, taking the pressure off the Piltown backs momentarily but it wasn’t long before Danny Glennon again had possession and struck effortlessly from the sideline and put it over the bar.

The pace picked up in the last five minutes – Piltown’s Cian Kinsella slotted one over from a short puckout to Darragh Walsh but Tullogher dominated, racking up four points, starting with a well-struck effort from Jason Shiely.

Danny Glennon was pointing from all angles and put over another for his side in the 29th minute while Walsh contributed two in as many minutes, closing out the half with a comfortable lead. Tullogher Rosbercon 0-11, Piltown 0-5.

Tullogher were first out of the blocks in the second half – Lar Murphy scooped up the ball from the throw-in, sent it in low to Cian O’Donoghue who put it over the bar.

As the sides juggled for possession, Cian O’Donoghue and Ronan Ryan were kept busy on the placed balls.

Billy Ryan, introduced at halftime put his name on the scoreboard in the 38th minute following a pass from Niall O’Shea.

Danny Glennon was really putting his mark on the game and scored two in quick succession, less than a minute apart.

Another attack by Piltown in the 47th minute was shut down just outside the square but they were fouled in the process.

At this stage, Tullogher had increased their lead by eight points leaving Ronan Ryan with very little options.

He stepped up to take the free as Tullogher lined the goal and while he struck it well, it wasn’t enough as the ball was stopped on the line.

Piltown made a number of attempts to penetrate the Tullogher defence but they were denied at every opportunity and had to settle for scores from frees.

In the 51st minute, Eoin Ryan sent the puckout long and in typical Walter Walsh style, he made it look easy as he launched himself into the air, plucked the ball out of the sky, turned and pointed!

Piltown’s Robbie Tobin tried to make a break in the closing minutes but couldn’t get past the Tullogher half-back line and had to settle for a point.

It was only fitting that O’Donoghue and Glennon who got the show on the road, closed the game out in style, O’Donoghue’s closing point in the 63rd minute coming from a superbly taken sideline ball.