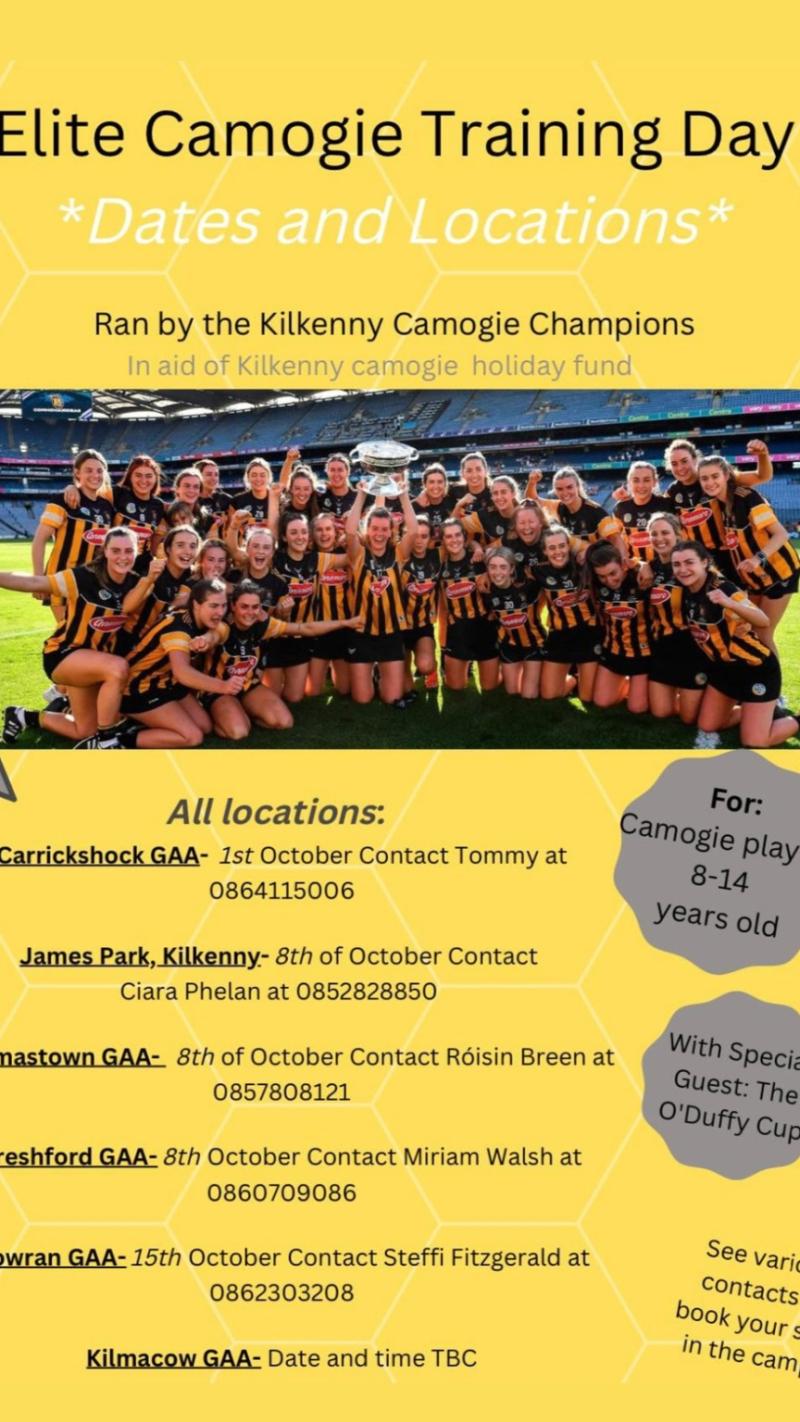 The Kilkenny senior camogie team will host a number of elite training days over the next few weeks as they aim to raise money for a holiday.

The defending All-Ireland champions will be hosting events at six different locations over three consecutive Saturdays beginning on October 1.

Camogie players in Kilkenny aged between 8 and 14 will get the opportunity to train with a number of the senior squad while the O'Duffy Cup will also make a special appearance at all the venues.

Carrickshock will kick things off on Saturday week before James Park Kilkenny, Thomastown GAA and Freshford GAA all host events on October 8.

Gowran GAA will host their training day on October 15 and while Kilmacow is also on the list , a date and time has yet to be finalised.

While all the players are now involved with their clubs, they are hoping to relax and enjoy a team holiday in the coming months.

The Cats have won two of the last three All-Ireland senior titles including just last month and they are aiming to raise €20,000 to finance the holiday.

A bucket collection was also held at all camogie games played in the county last weekend, as supporters dug deep to contribute to the team’s efforts.

These players have given so much of themselves and provided such happiness and joy to the people of Kilkenny through the dark and lonely times of the pandemic right through to August 2022.

They continue to do so by bringing the O’Duffy Cup and the Leinster Cup to clubs, schools and events, encouraging young players to have dreams and hopes of their own.

Anyone who would like to hail the achievements of this super team, please consider contributing to their holiday fund by logging at https://gofund.me/eec09bb8