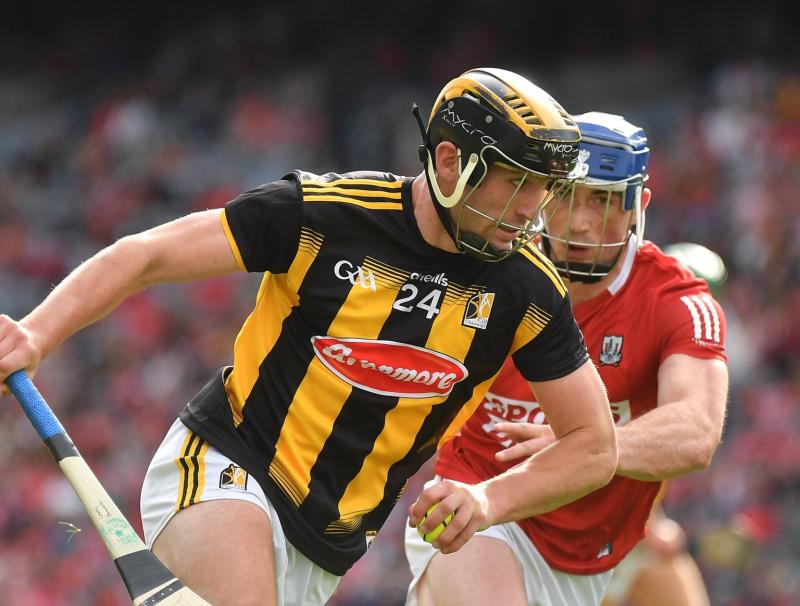 A strong second half performance from Conahy Shamrocks saw them deservedly overcome Fenians in the first round of the Michael Lyng Motors Intermediate Hurling Championship in Lisdowney on Saturday afternoon.

This was far from a classic but with the losers having to play a relegation final, the nervousness of the players was evident from an early stage.

Fenians (Johnstown) were the better side in the opening half and would have been disappointment to have only been on level terms with their opponents at the interval.

A James Bergin pointed free for the winners inside the first minute opened the scoring.

Three minutes later the sides were level when Mark Webster pointed a 65 after a long delivery into the Conahy goal area flew off the hand of full-back Philly Cass.

With most of the play towards the Conahy goal in the opening half, Fenians enjoyed plenty of possession but some wayward shooting saw the Johnstown men hit seven wides, many from scoreable positions.

Mark Webster was in good form from frees while Darragh Tobin was a key player for Fenians in the opening half scoring a goal and a point.

The point came from poor Conahy defending with the goal on 21 minutes resulting from a brilliant cross field delivery from Mark Webster to Tobin who rounded a Conahy defender to score.

With the Fenians half back line dominant in the opening half, the Conahy inside attack saw little of the ball but were still heavily dependent on James Bergin for scores.

A brace of pointed frees from Mark Webster and another from Niall Carroll saw Fenians lead by a goal with the game heading towards the interval.

Conahy grabbed their first goal two minutes before the half-time whistle when Darren Cuddihy ran 60 metres to connect with a Tom Phelan line ball to flick the sliotar to the Fenians net.

It was a big score for the winners and it tied the game at 1-6 each.

Fenians would have led at the interval had Mark Webster opted to tap over a 20 metre free rather than go for a goal which Conahy saved.

If Fenians had the better of the exchanges in the first half it was very much the reverse during the second 30 minutes.

Three points in the opening seven minutes for the winners from Eddie Delaney and two James Bergin frees edged Conahy ahead and they would hold the lead for the remainder of the game.

Both teams were again guilty of some careless fouling in the second half with James Bergin (Conahy) and Mark Webster (Fenians) unerring from placed balls all through the game.

A Michael Carroll point after he caught a Darragh Tobin delivery halted the Conahy momentum but not for long as the winners again responded with a trio of points from Mark Gunner, Tom Rice and yet another James Bergin free to leave five points between the teams.

James Bergin and Tom Phelan were constantly pressing forward for the winners and some robust tackling from the Fenians defence saw them concede frees which Bergin pointed.

Like the Johnstown men in the first half, the winners were also wayward with some of their shooting in the second half.

Despite their second half dominance Conahy could never shake off the Fenians men who forced some sterling defending from the winners rearguard in the closing stages of the game.

The goal that effectively decided the contest came on 53 minutes when a line-ball from Eddie Delaney was fielded by Tom Phelan who shot to the net.

The winners had scoring opportunities of their own during the closing 10 minutes but aside from another pointed free from James Bergin they rarely threatened to add to their tally.

The Fenians will now play neighbours St Lachtain’s (Freshford) in the relegation final.