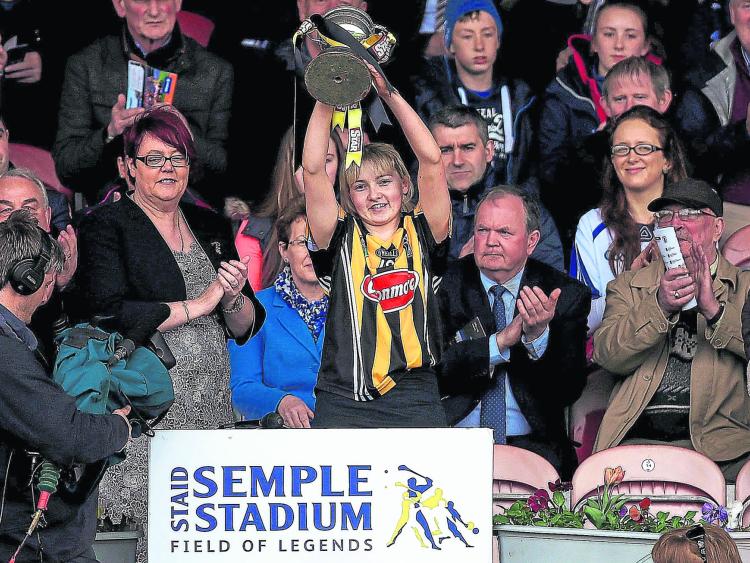 Virtually an entire generation of class players had given their all and felt nothing but pain on the big stage, but then Kilkenny struck gold.
September 11, 2016 was the day when the dark clouds that had hung over the county for 22 years were blown away and the sunshine burst through.
All-Ireland senior camogie final result - Kilkenny 1-13; Cork 1-9.
The previous success by the county was recorded way back in 1994 when driving team captain, Ann Downey, led Kilkenny to an O’Duffy Cup success.
Wexford were beaten in the final by 2-11 to 0-8 in front of an attendance of 5,000.
After that O’Duffy was like will-o’-the-wisp, appearing in front of the county but then disappearing from their sight and grasp in Croke Park.
Six times Kilkenny contested All-Ireland senior camogie finals subsequently. Six times they bit the dust.
It wasn’t for the want of effort; because of a lack of talented players.
And then in 2016 with Michelle Quilty as captain, and Ann Downey in her second stint as manager, Kilkenny claimed their latest, their 13th O’Duffy Cup win.
Oh did the county celebrate. That day in Croker over 20,000 attended the finals.
And when the girls showed off O’Duffy on the streets of Kilkenny City the following evening the biggest crowd ever turned out to acclaim the success.
On All-Ireland day the camogie was of the highest order; full of passion and unity of purpose, commitment in the extreme but above all it was a commanding display brimming with silken skills.
Cork were chasing a three in-a-row on the day. From the moment Meighan Farrell pointed Kilkenny in front in the second minute the Cats were snarling and Cork’s time in front was limited to a single minute of the 60.
At half-time Kilkenny led by 0-8 to 0-6. They nailed the success in the 41st minute when Thomastown’s Shelly Farrell crashed the ball into the net at the Hill 16 end (1-11 to 0-7).
Ann Downey didn’t forget the torment of the past.
She insisted the success was reward for the stars of today plus those who had served in the colours during the dark times.