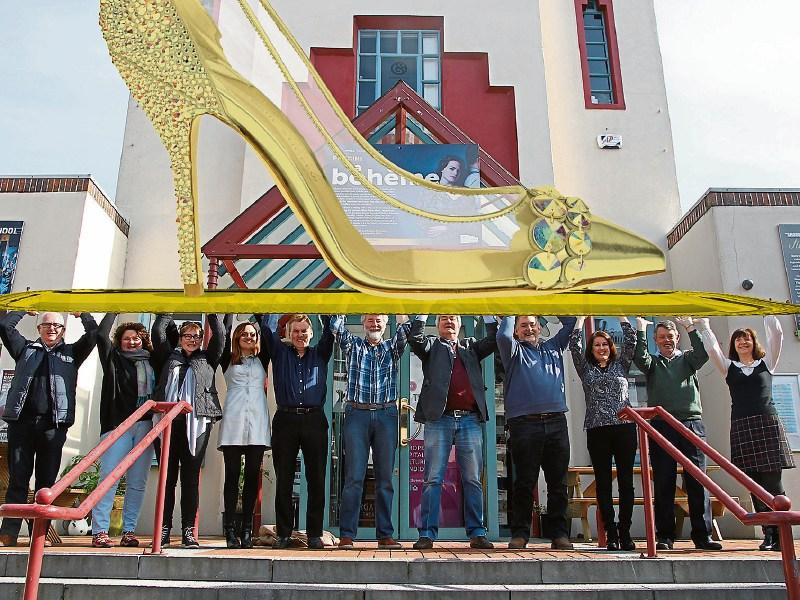 The Watergate green room was packed last Thursday for the launch of the 2017 pantomime Cinderella. Although the production will not be staged until January 2017, Production Manager Dee Gibney, spoke of the inordinate amount of work required to ensure a successful production.

The Pantomime society has had the pleasure of working with many great writers and directors over the years.

Don O’Connor has scripted and directed on numerous occasions while for the past two years the show has been scripted by Philip Brennan and John Morton.

This year the quill has been handed to Bennetsbridge based man Joe Murray.

Joe is well known to Kilkenny audiences having been a part of such diverse groups as Pan Players, New Theatre Group, Gaslight Theatre Company and Watergate Productions.

Involved with the Watergate Theatre since it opened in '93, he's recognised as a superb conversationalist and his many published sketches and short stories bear testament to his mastery of the written word.

We all wish Joe well as he accepts the onerous challenge of completing his inaugural full script. Joe is joined by an excellent production team.

Direction is in the hands of Carlow native Olivia Smith, a regular at the Watergate as an actor and singer. Olivia is one of the talented people responsible for the fantastic Jesters Stage Academy.

The Rose of Tralee Musical Director, Ollie Hennessy, will perform a similar role for Cinderella and his vast experience in Irish theatre is a massive boost.

Costumes of course play a vital role in all Pantomimes and the theatre is very lucky to have the services of Clare Gibbs and Mary McGuinness. Choreography is in the capable hands of accomplished dance professional Marie Cashin whose skill and ability has served the Pantomime Society on many occasions.

Stage Manager for the production is Seamus Reade, while all things technical falls into the lap of Gerry Taylor.

The Pantomime is one of the many fundraising events run by the Watergate to help with finance and to ensure the venue remains viable.

Since 1993 Watergate Productions has presented an annual pantomime. Production Manager, Dee Gibney thanked the Pantomime crew for their contribution and also thanked members of previous shows.

A search for Cinderella and Prince Charming is expected to begin soon and if someone appears at your door with a glass slipper.......