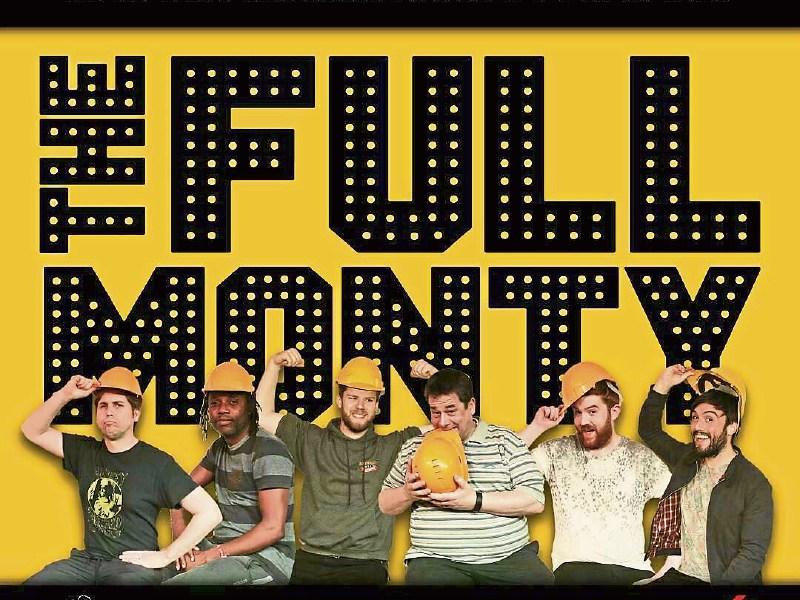 The Full Monty, kicks off this weekend at the Watergate.

The 43rd annual production by the multi-award winning Kilkenny Musical Society opens Sunday and is the most eagerly anticipated musical theatre event in the region.

This week we conclude our cast countdown by introducing the men who may very well dare to go all the way; The Full Monty! Tickets are selling fast and can be booked via the Watergate box office or at www.watergatetheatre.com

Aidan is in his final year of study for his Bachelor of Music Degree in UCD. From Danesfort in Kilkenny, Aidan was involved in Dreamstuff Youth Theatre from the age of fifteen. Aidan took part in his first musical as a member of the ensemble with Kilkenny Musical Society in 2011 when they staged “The Hired Man”. Since then, Aidan has played leads in “The Sound of Music” and “Miss Saigon” which also took place in the Watergate Theatre. As a student in UCD, Aidan is heavily involved in UCD Musical Society.

Fergal has been performing with KMS since 2007 and has enjoyed playing such parts as Isaac in The Hired Man, The Dentist in Little Shop of Horrors, Judge Turpin in Sweeney Todd and Joe Emmet in Michael Collins, A Musical Drama. His passion for the stage has also seen him involved with local amateur drama circles. He played the part of Charlie Tynan in the Watergate Theatre's production of Hugh Leonard's 'Da', R.P. McMurphy in One Flew Over the Cuckoo's Nest in 2013 and, most recently, the challenging role of Joseph Merrick in 'The Elephant Man'.

Gary has been performing in musical theatre for over 30 years, appearing with societies such as The O’Connell Musical Society, Baldoyle, Leixlip, Malahide and his home society since 1992, Rush Musical Society. He has played the leading role in several major shows

Eoghan is from Ballyfin, Co Laois . This is his second production with KMS,. having previously played the role of Harry Boland in their award winning production of Michael Collins: A Musical Drama. Eoghan received a nomination for best male singer in the 2010 Aims awards for his betrayal of the "Beast" with Clara Musical in Society and was fortunate to receive the Best Male Singer award at the 2015 Aims for his portrayal of "Judas" with Portlaoise musical society.

A native of Portlaoise, John is a regular performer with the Portlaoise Pantomime Group and Portlaoise Musical Society, having played roles such as Will Parker in Oklahoma, George in The Wedding Singer, Dennis in All Shook up and Simon in Jesus Christ Superstar. He also played the role of Lumiere in Beauty & The Beast with Tullamore Musical Society. John is an established entrepreneur in Portlaoise, having recently opened John Coss Creative Hair of which he is owner & creative director.

Lekan is y a modern jive teacher/musician with classes in the region. Lekan grew up singing and dancing in church and local theatres and later on went to study Performing Arts from the University of Ilorin in Nigeria. Since graduating he’s been involved in many productions both on stage and tv. Upon moving to Ireland, he’s been cast in “Our Country is Good” by the Wexford drama group and was a member of the Wexford male voice choir and took part in “Showboat’ by the Enniscorthy Musical Society.

A Carlow native, this is David’s second appearance with KMS having played the role of Anthony in their 2016 production of Sweeney Todd.

David has been performing since the age of eleven and has trained with Spotlight Stage School and holds a performance degree from The Conservatory of Music and Drama, Rathmines Road. David played the resident villain in the Olympia Theatre's annual Christmas panto for ten years.