New Ross Drama Workshop to Stage The Cripple Of Inishmaan 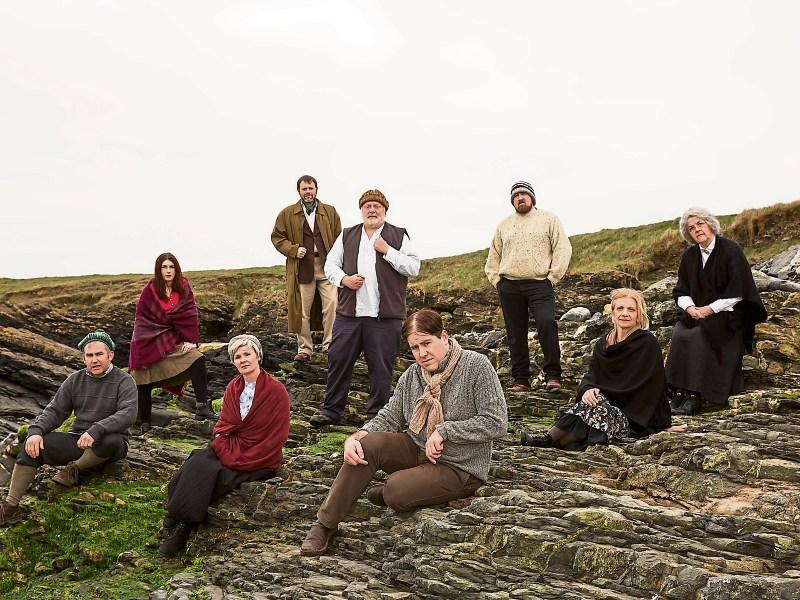 The well respected and much loved New Ross Drama Workshop are putting the finishing touches to this year’s production, Martin McDonagh’s dark comedy ‘The Cripple of Inishmaan.'

It will be staged on Thursday-Saturday, April 21st-23rd in St. Michaels Theatre, New Ross under the very capable and imaginative direction of Margaret Rossiter, herself an accomplished actress-last seen on stage in last year’s production of John B. Keane’s ‘Sharon’s Grave’.

No stranger to direction Margaret has directed many of the groups previous productions including the classic ‘The Plough and the Stars’ and ‘The Playboy of The Western World’, but because of her love of the Aran Islands and her annual trips there this play is a very special production for Margaret.

The playocuses on the life of Billy Claven (played by Graignamanagh man Edward Hayden). Dejected and generally derided, the bookish Billy is brought up by his "aunties" (Nancy Rochford-Flynn from Tullogher and Kate O’ Keeffe from Inistioge) on the island of Inishmaan. Billy, who desperately wants to be valued for himself and not by his infirmity, is smitten by the local tomboyish village troublemaker Slippy Helen (played by Seona O’ Connor) who along with her brother Bartley (Nicky Flynn) creates a whole series of comical events throughout the play.

But the dullness of daily life is suddenly relieved when in 1934 the local Newsteller JohnnyPateenMike (Martyn Gladney) informs the Inishmaan natives that Hollywood film-maker Robert Flaherty is to descend on a neighbouring isle to make the movie that became known as Man of Aran. Much of the cast enlist the assistance of Babbybobby (Paul Walsh) to get them to the neighbouring island to grasp their own dreams of fortune and opportunity. In the middle of all this JohnnyPateenMike continues to try and kill off his elderly mother (Kitty Warren) by supplying her with copious amounts of alcohol much to the annoyance of the local doctor (Joe Bridges)

The Cripple of Inishmaan examines an ordinary coming of age in extraordinary circumstances and shows once more that playwright Martin McDonagh is master of the deepest, darkest and most powerful humour. ……

Speaking last week at the launch of the performance schedule director Margaret Rossiter commented ‘I am delighted to have worked with such a large cast for the last number of months as we tirelessly worked on an excellent script to deliver what I believe will be a superb show with a stellar cast’. She added “that there is nothing more special than good live drama and this year audiences are in for a real treat as well as a great series of laughs which will remain with them well after the show”

The show opens in the St. Michael’s Theatre, New Ross on Thursday April 21st for three consecutive nights with curtain up each night at 8pm sharp. Tickets cost €12 and can be booked at the theatre box office 051-421255