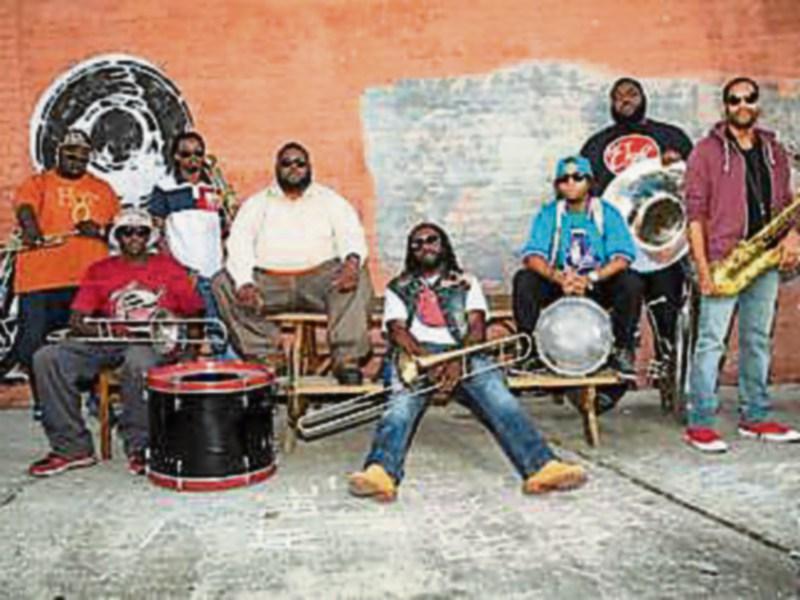 Due to the overwhelming success of their 2015 tour, New Orleans’ Hot 8 Brass Band are back by popular demand and ready to toast their 20th Anniversary in typical roof-raising style with a further 23 dates in support of new album ‘Vicennial – 20 Years of the Hot 8 Brass Bandset’.

They play The Set Theatre on Thursday, May 12.

One of the great New Orleans acts, Hot 8 have pushed on through a barely imaginable series of trials. The devastation of Hurricane Katrina, the separate deaths of four of their band members, and the horror of trumpeter Terrell “Burger” Batiste losing his legs in a car crash, conspired to test these men almost to breaking point.