Translations was stunning success at the watergwte 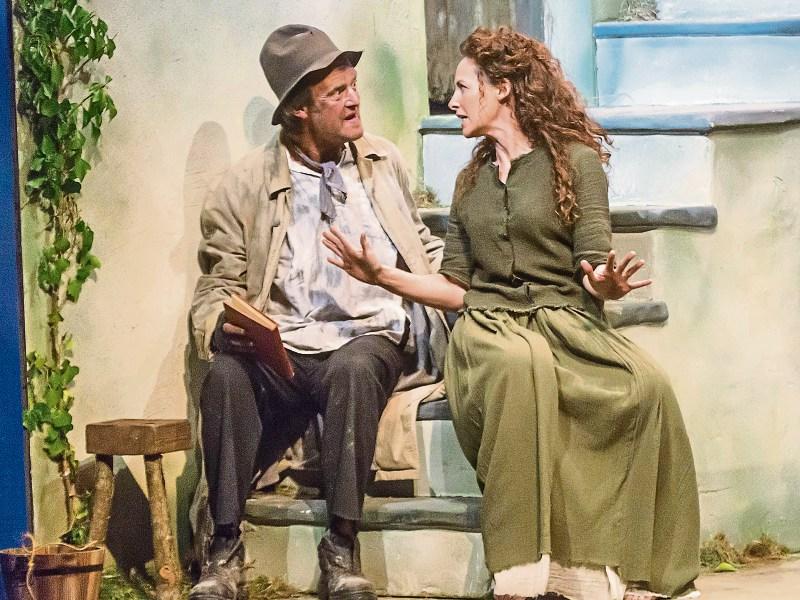 While the acting was superb; the direction flawless, the set perfect and the sound and light totally compatible with the story; it was the richness of the language which left you breathless.

The words, delivered flawlessly, by an ensemble that knew exactly what they were doing was a joy to hear.

And this was at the heart of Philip Hardy's production of what can be a very tricky play to get right.

This was “professional” theatre at its best and it would be extremely difficult to find fault with it.

The actors were in perfect rhythm with each other and the language flowed and the audience were in rapture as they carefully plotted through Friel's marvelous tale of a hedge-school coming to the end of its life as English takes over.

Hardy deserves great praise for taking on such a demanding play and more importantly, for getting it so right.

As always, Brendan Corcoran was majestic and he didn't just play the school master he became Eoin and once again, he displayed why he is so sought after by drama groups and musical societies.

And once Muireann Ryan was on stage she was captivating.

She brought an honesty and gravitas to the part of Maire that was new to me and it was tremendous.

Alan Butler as the newly commissioned English army officer was superb while Jim Carroll was utterly believable as the rather obnoxious senior officer.

Paul Derby as Owen was wonderful and his role was pivotal in the success of the production.

Seamus Greene was probably the real star and his accent captured the west Donegal dialect perfectly.

It's a great role but you have to have the ability and timing to make it work.

Maria Murray as Bridget was a great foil for Eoin Nangle Ryan who played another of the scholars at the hedge school, Doalty.

Natasha Murray as Sarah had a very difficult part to play and she showed sensitivity and just the right amount of emotion to bring life to the part of Sarah.

John Whitely as always brought a smile to my face and he was excellent as Cororcan's side-kick and Classics scholar, Jimmy Jack.

This co-production between Barnstorm Theatre Company and the Watergate Theatre with co-producers, Ger Cody and Vincent Dempsey will long live in the memory.

Brian Friel's late daughter, paddy, for many years resident in Kilkenny would have loved this production, I'm sure.