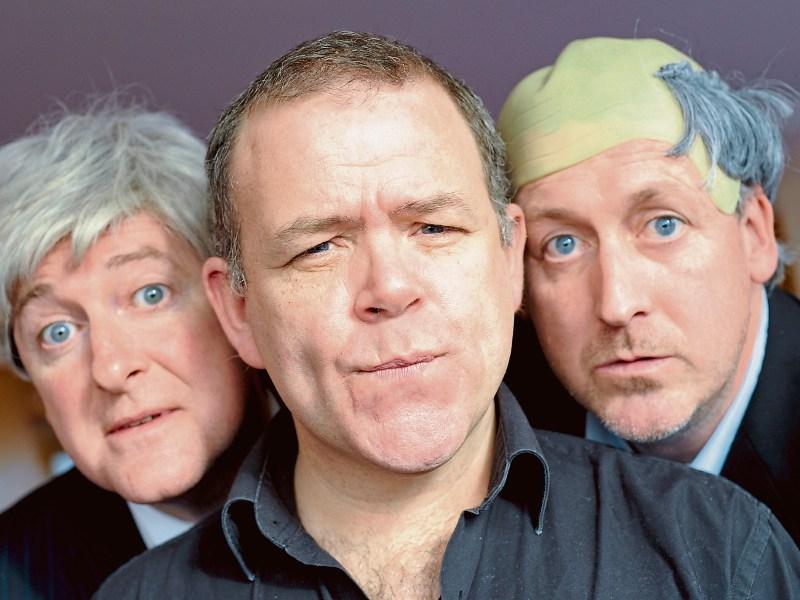 With Euro 2016 just around the corner Après Match are ready to come out of hibernation and play ball in the imaginatively titled surrounds of ‘Apres Match Live’.

Ireland’s premier pundit piss-takers have performed sell out shows throughout the country since Alan Kernaghan and the difficult times.

Expect the usual mix of spooferism, chancerism and peacockery. Watch Peter Collins try to control the lads as Giles takes each game on its merits and Chippy struggles with the smell of stale Bollinger off Eamo. With reserve team antics from, Ronnie, Frank, Didi, Kenny,Vincent Browne, Joan Burton, Mary O'Rourke, George Hook, Paul Durcan and Bono... nobody is safe in this hilarious comedy showdown.

This will not be a good night; it will be a great night. It will be the best live action you’ll see this summer. I disagree. Shut up you.

Tickets for the Kilkenny show on Thursday 23 June are on sale from www.tickets.ie and Rollercoaster Records, Kilkenny. Tickets priced at €23 plus booking. Doors 8pm.