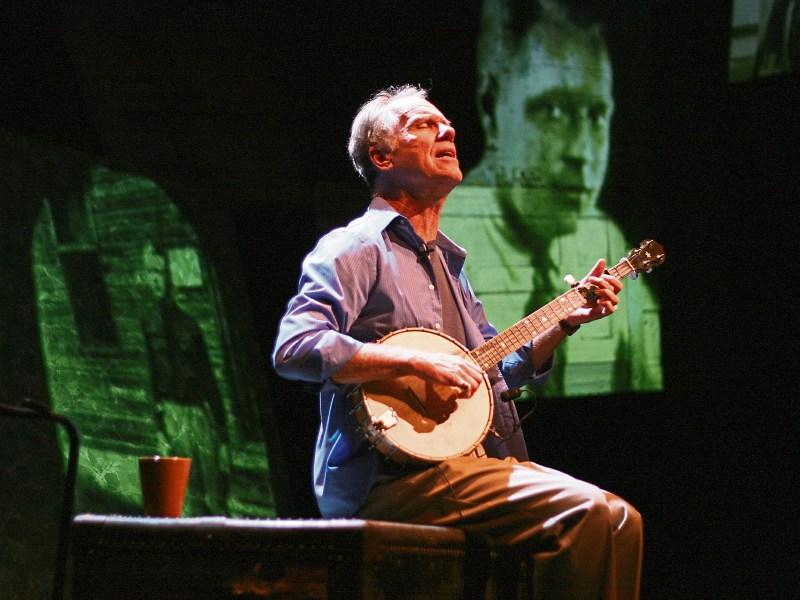 ‘If families didn’t break apart, I suppose there’d be no need for art’ sings Loudon Wainwright III on ‘In C’. It’s a characteristically sharp observation from a Grammy Award-winning singer-songwriter whose work has often drawn on his relationship with his children. But for this intimate one-man show (or is it two?), Loudon turns to his father to explore family life from another angle.

Loudon will perform this European premiere of ‘Surviving Twin’ in the Watergate Theatre as part of the Kilkenny Arts Festival for 3 performances only on 12, 13 and 14 August. Tickets €25 / €22.50 now on sale from kilkennyarts.ie

Loudon Wainwright Jr. was an award-winning journalist whose column, ‘The View from Here’, was essential reading for LIFE Magazine subscribers until his death in 1988. Interweaving his own songs with letters and articles by his father, Loudon stages a ‘posthumous collaboration’ that explores everything from pet ownership and fashion to birth, parenthood and loss. Shot through with Wainwright’s acerbic commentary and self-deprecating wit, Surviving Twin is a unique meditation on fathers and sons, at once funny, touching and profound.

The full programme has been announced for this, the 43rd Kilkenny Arts Festival, one of Europe’s finest artistic celebrations. Running from 5-14 August, ten days of artistic adventures await in Ireland’s medieval city. At its core, the Festival will feature Ireland’s largest-ever celebration of Mozart, an epic musical journey featuring some of the world’s most renowned musicians, with lots more to enjoy and explore including a world-famous travelling theatre ensemble, unique global music collaborations with legendary artists from three continents, a master painter at work in his studio, an acclaimed poet in residence, dazzling bands and singer-songwriters, leading international thinkers, eerie night time aerial dance theatre, secret garden music, performance, family adventures and much more…