Get to the inclusive and exclusive Abhainn Ri Festival in Callan 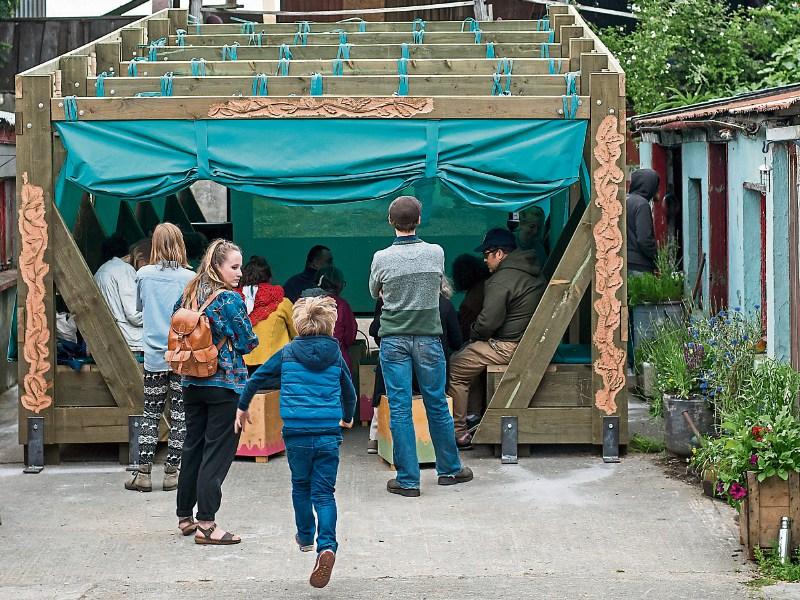 The annual Abhainn Ri Festival, now in it’s 7th year is on now until July 3 in Callan. The festival is a community led, inclusive fusion, with participation from heritage, sport, art, architecture, music, comedy, theatre, spoken word and family fun events and more.

The finale of the festival will be a community parade, taking place on Green Street on Sunday at 4pm that finishes in the Abbey Meadow car park with family fitness event, courtyard tapas bar and a gig in Carroll's bar on Mill St, 9pm til late.

There have been public workshops in the lead up to the festival, making new spaces for the community to gather, and workshops throughout the week have been preparing for Sunday’s parade.

A large emphasis of the festival has been placed on examining citizenship, and particularly citizenship as inclusion in rural Ireland, in light of the 1916 Easter Rising centenary.

The Inhabitants programme is a curated programme of events and projects across architecture, visual arts and theatre that artistically examines our relationship to the built environment. Exploring four key themes, Civic Infrastructure, Citizen Led, Public Declaration and Rural Futures, the programme asks us to look anew at our role in shaping the future of our rural towns. Pooling together the creative, social and civic resources of the town, the festival is just so inclusive. This year is very significant in Ireland’s history and a number of events in the festival are part of the larger Kilkenny County Council’s 1916 Commemoration Programme. Kilkenny, Waterford and Wexford have come together as the Three Sisters region in a bid to win the European Union’s prestigious European Capital of Culture for 2020 and the festival is a good opportunity to highlight Callan’s exciting cultural life. Participate in a diverse programme of events across architecture, music, ecology, theatre, visual arts, sport, spoken word, heritage, religion, food and craft.

A film programme through the week activates a new structure Courtyard Screen, which was developed in Fennellys over the last few weeks through community participation. For the last number of years, residents, business owners and friends of Bridge Street Upper have engaged in activities and conversations towards a positive future for the street. Many might remember the Bridge Street Project in 2015, a notable theatrical performance at the Abhainn Ri Festival, with painting and street furniture workshops. In 2016, Courtyard Screen has created a new infrastructure for people to gather with a weatherproof retractable awning. It has been built through workshops in wood carving, wood turning and sewing led by award winning London architects Studio Weave. The film programme highlights resilient communities and urbanism projects from around the world, and the relationships between people and their places.