What would Collins make of the Hellfire squad? 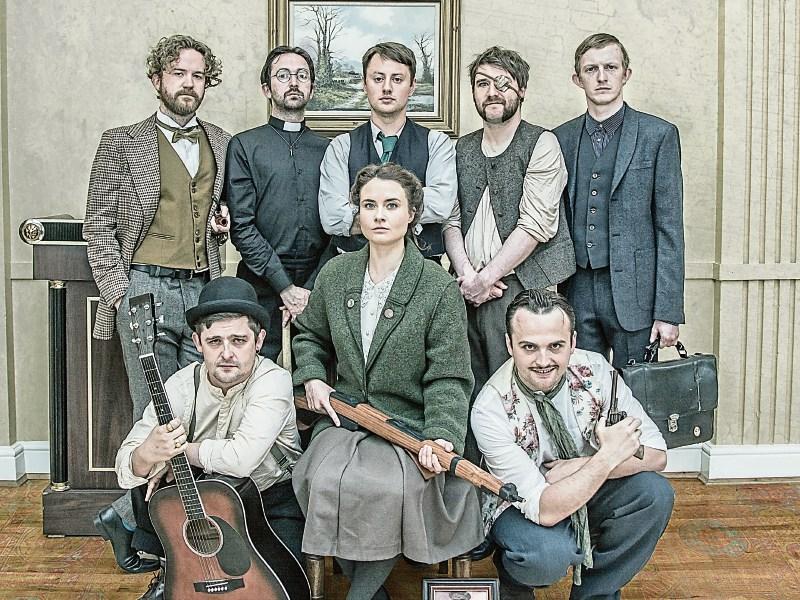 Fresh new, envigorating drama is the lifeblood of the stage, writes Sean Keane.

In Kilkenny we are blessed to have Devious thatre company who are at the cutting edge of playwrighting.

In their latest offering, “The Hellfire Squad”, they tell the story of the hardiest shcans in all 32 counties who formed an elite military unit after the Rising thanks to Michael Collins.

This unit embarked on a campaign of subterfuge, misinformation, political assassination, espionage and general divilment. So begins the tale of The Hellfire Squad!

It plays in the Watergate Theatre from Thursday to Sunday and has received standing ovations in Dublin already.

This new play from Peter McGann and John Morton is a fiercely comical, action-packed story of mismatched assassins with different agendas but the same targets.

The legend of Collins’ Squad has been printed. Now the seven-man squad and their no-nonsense handler ‘The Bould’ Kathleen Sweeney are telling their tale, one as powerful, tragic and frighteningly absurd as the history from which it sprung.

The Hellfire Squad follows on from previous hit shows in Dublin such as War Of Attrition, Some Flood, The Centre Of The Universe and Scratcher.

After the Rising, Michael Collins put together a list of the hardiest shcans in all 32 counties to form an elite military unit. This unit embarked on a campaign of subterfuge, misinformation, political assassination, espionage and general divilment. So begins the tale of The Hellfire Squad!

John Cleere, regular reviewer for the Kilkenny People newspaper gave it a rave review, a rarity for Mr Cleere who has a fine eye and ear to catch the best of drama.

The Devious Theatre Company was founded in Kilkenny in 2006. In 2016, they stage Devious 10, a programme of new and previous work celebrating a decade of theatre. The company works across a number of genres but stays rooted in a style of comedy, developed over the years. In 2011, they became the first theatre artists-in-residence in Kilkenny Arts Office; the company also won a PPI Award for Radio Drama. Devious’ work has featured at Cork Midsummer Festival, Dublin Fringe Festival and Galway Theatre Festival, among others.