Castalia Hall, near Callan set for wonderful concert on October 1 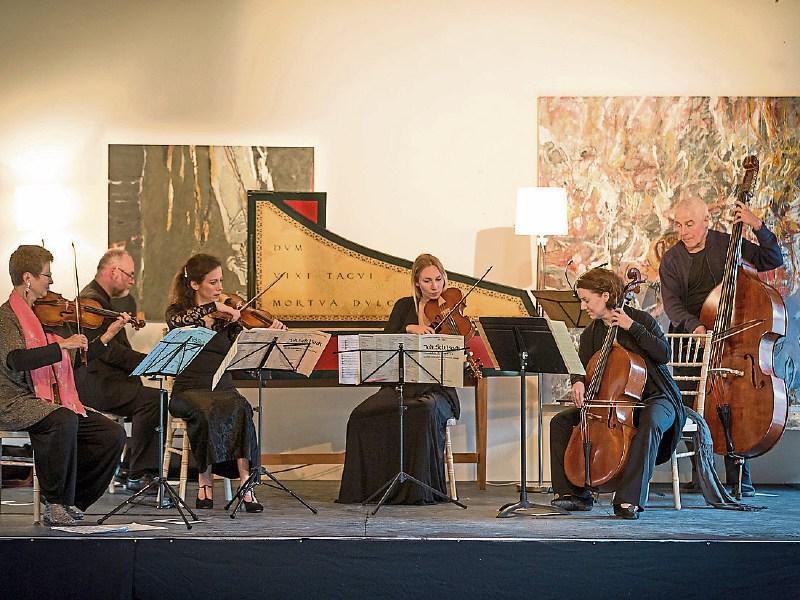 A programme of music by composers inspired by fantastical literary works from the 17th and 18th centuries alongside traditional Irish music with associated themes performed by the great Irish Uileann piper David Power.

In an unusual and probably first-of-its-kind tour, the Waterford Uilleann piper David Power, one of our finest Irish traditional musicians, joins forces with the internationally renowned Baroque ensemble Camerata Kilkenny on a five concert tour, supported by The Arts Council.

Their Kilkenny concert takes place on Saturday, October 1 at 8pm in Castalia Hall, Ballytobin near Callan. Tickets €15 (concession €10 at the door. Further details from: 086177701 email: cameratakilkenny@gmail.com.

The tour entitled ‘The Piper and the Faerie Queen’ focuses on compositions by composers who were inspired by fantastical literary works.

The German composer Telemann had, within two years of the publication of Gulliver’s Travels in 1726, written his charming Gulliver Suite for two violins. Like Swift, Telemann was interested in the body human, and in particular, the body in movement.

Swift’s satire gave Telemann the idea for a programmatic dance suite, each of whose movements imagines Swift’s characters in terms of musical gestures.

In 1682 The English composer Henry Purcell, inspired by Shakespeare’s ‘A Midsummer Night’s Dream’, composed the opera ‘The Fairy Queen’ with incidental music to be performed by Camerata Kilkenny.

David Power has compiled a programme of Irish traditional music closely matching the themes being performed by Camerata Kilkenny including ‘An Droighneann Donn' (The Brown Thorn), ‘An Leanbh Sidhe’ (The Fairy Child), ‘Rí na Sioghe’ (The King of the Fairies) and the Fairy Hills by O’Carolan.

Together David Power and Camerata Kilkenny will play the Pifa from Handel’s Messiah and a Pastoral Musette and Menuet from French composer Jean-Marie Le2clair’s opera ‘Scylla et Glaucus' in which French bagpipes (musettes) were used to represent pastoral scenes in the opera.