A quartet with a difference at Black Abbey - Artesians 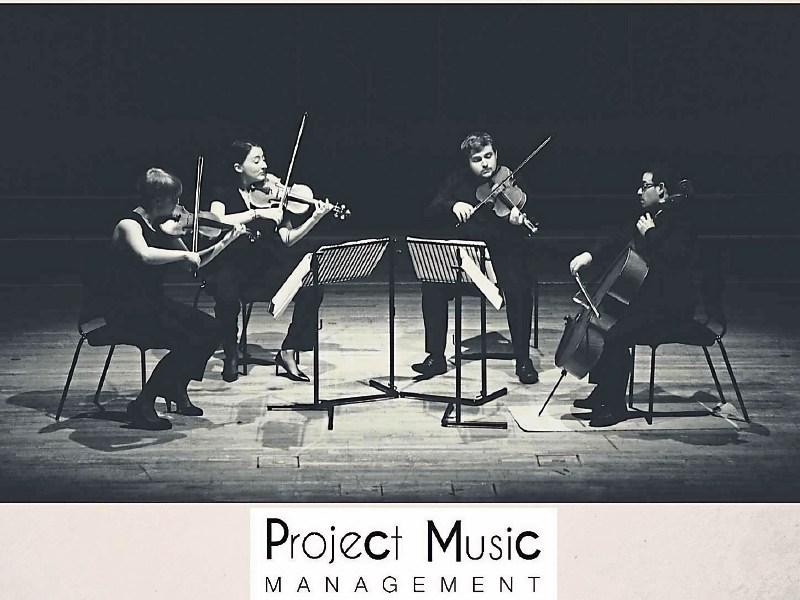 The Artesian Quartet have debuted at the BBC Proms, been broadcast live on BBC Radio 3´s In Tune, and tour throughout the UK and Internationally.

And now, finally, there are on their way to Kilkenny nd to one of the coolest places in the city to stage a gig.

They have won numerous prizes and awards around the globe with The Strad magazine stating “..great control and dynamic subtlety..their playing at once separated and integrated..”. The Artesians preform regularly in and around London, at such prestigious venues as Wigmore Hall and the Purcell Room. Managing an increasingly demanding schedule, the quartets commitments are balanced with all four players opportunities and geographies. The individual versatility of its members creates a characteristic intensity in the overall depth and diversity of the quartet sound. Then next 12 months involve a number of exciting projects, including the release of a CD they recorded for Linn Records with Trevor Pinnock. The Artesians also pride themselves on working with contemporary composers, and have just completed concerts with Blai Coler and Paul Patterson.

They are tremendously excited to be performing for the first time in The Black Abbey, as part of their 3 concert tour in Ireland, presented by Project Music Management (www.projectmusman.com). Their programme will include works by Haydn, Shostakovich and Debussy, all chosen specifically for the wonderful acoustic in The Black Abbey. Tickets for this concerts are priced at 12 EURO, are available at the door or enquire on pmmtickets@mail.com. Come along and enjoy the beautiful and unique sound of The Artesian String Quartet, one of the UK´s up and coming string quartets, critically acclaimed in all the major classical magazines.