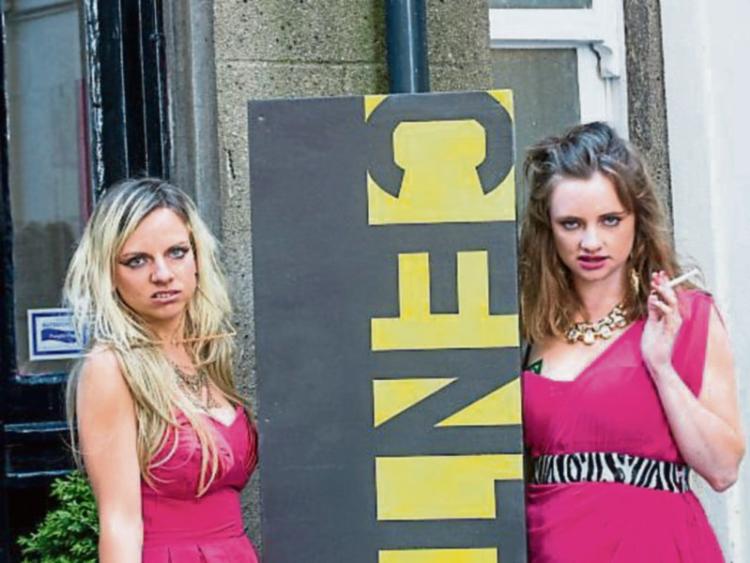 This has been an exciting and ambitious year for Devious Theatre Company. Their third and last show of 2016, ‘Pulled’, has just finished a run at Central Arts in Waterford before it opens at the Set Theatre for three nights from Thursday, September 29.

The play, directed by Ita Morrissey, introduces us to the chaotic lives of Amanda (Niamh Moroney) and Michelle (Andrea Bolger). It’s the morning after the night before, with both girls somewhat unsure of what has gone on during the previous night out.

They’ve been on the town, they may or may not have had sexual encounters and one of them may or may not need the ‘morning after’ pill. They try to piece together the previous nights goings on through their Snapchat, Whatsapp, and texts. It’s not a pretty picture that emerges.

The play is written by Niamh Moroney. She introduced us to her Amanda character in the hilarious ‘Yer Wan’ last year. This time the story is grimmer as we observe two characters whose lives seem to be spiralling out of control. They repeatedly declare their love and friendship for each other, but it is as meaningless as the succession of hashtags that they invent to cover every situation.

Niamh Moroney has again given us an insight into the lives of the millennial generation. It might prove to be uncomfortable viewing for some, but she has devised a piece that is well worth seeing and lightens the sombre elements with plenty of laugh out loud moments.