Kilkenny is the place to be this New Year's Eve 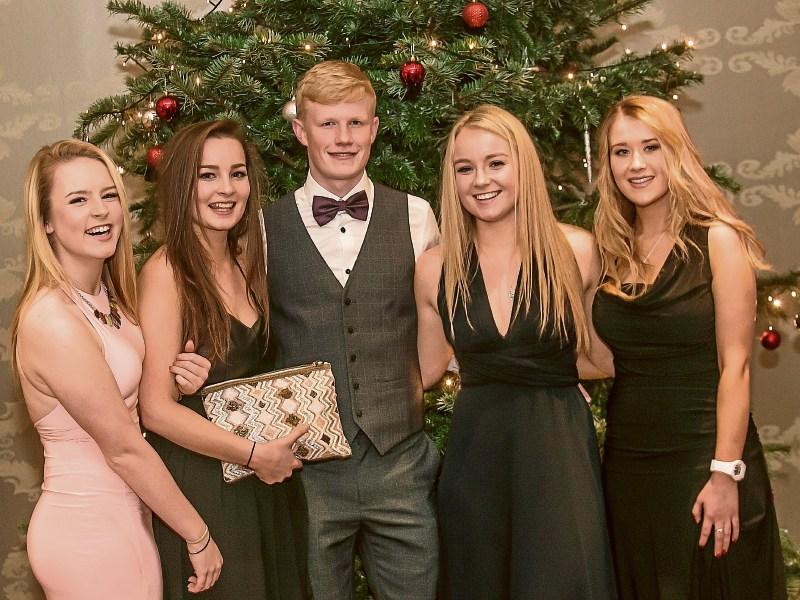 The biggest night on the local social circuit is almost upon us and there’s plenty of places to party and events to attend as New Year’s Eve festivities take over.

Erin’s Own GAA Club has a fancy dress gathering in aid of Castlecomer Day Care. Tickets are limited and are available from Holohan’s, Castlecomer Golf Club, David O’Rourke and Erin’s Own Bord na nOg committee.

If a more traditionally formal night is your style, then Hotel Kilkenny is the place to be. It hosts the Gala Ball for the Thomas Hayes Trust’s Teac Tom. There’s a 7:30pm start beginning with a drinks reception followed by a four-course meal and music by The Works Band. Tickets cost €40.

At Kyteler’s Inn the fun’s spread across four floors with The Acousticats entertaining in the main bar while elsewhere in the venue you can enjoy an 80s music party and music by General 5 and DJs.

There’s a DJ too at The Pumphouse while DJ Eoin leads the celebrations at Matt the Miller’s. And at the Clubhouse Hotel, music is by Showdown from 10pm with complimentary finger food and free admission.

For €10, you can access all areas at Langton’s with the entrance fee covering the 67 Bar, Garden Bar, Pewter Bare and nightclub while it’s Decks n Drums at Set Theatre at Langton’s as RSAG and The Kilo 1977 entertain from 10pm with support from Davy Holland. Tickets for Set cost €15 with the gig listed in some circles as being one of the best to attend in the country for the night.

Or for something different, you can choose to ring in the New Year at St Canice’s Cathedral with the Watchnight Service from 11.15pm. This has become very popular in recent years and anybody who can’t make it into the ringing chamber can watch on a screen downstairs.

North Kilkenny will be lit up as a special truck and tractor run gets under way. Start time is 4pm in the hills as darkness falls with the aim to light up the area to help highlight suicide awareness. Participants will be visitng Lisdowney, Ballyragget, Castlecomer, Conahy, Muckalee, Johnstown, Freshford, Urlingford & Tullaroan.

Whether you’re in, out or 'out out' for New Year’s Eve, you can bid to relax the following day or enjoy some of what’s on offer for the first day of 2017.

For music Tomas Jackman is at JB’s Bar on John Street from 6pm. At the same time Kyteler’s Inn have Generation 5 with legendary trio The Hujas lead a garden session at the venue from 9pm while Tomas Jackman gets across town to join the craic from 9:30pm.

In The Pumphouse The Barflies get their first gig of the year underway.