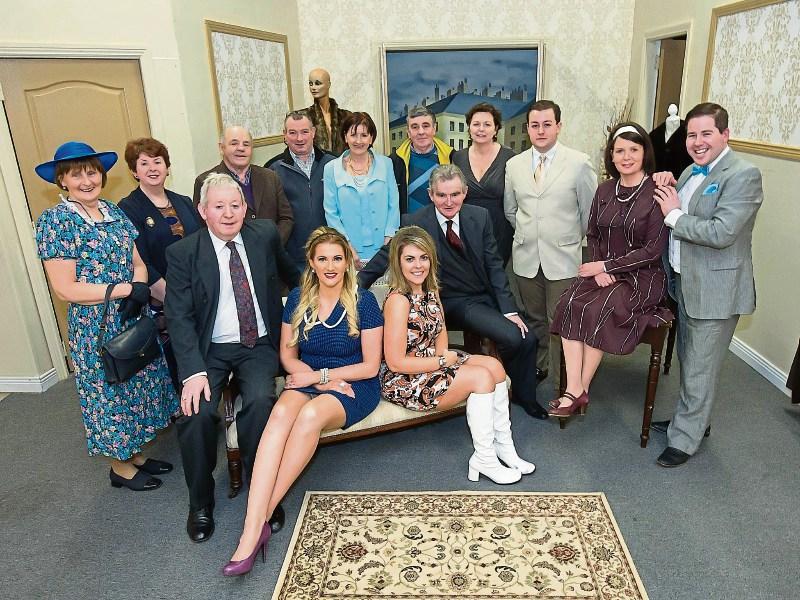 The Duiske Players Drama Group in Graignamanagh are putting the finishing touches to their presentation of Ray Cooney’s hilarious and sophisticated British farce “Not Now Darling” which will be staged in the Abbey Hall, Graignamanagh at 8pm nightly on March 9th, 10th and 11th.

The group are celebrating over 30 years in existence and with this production, are following on from their dramatic successes in recent years of ‘Same Old Moon’ by Geraldine Aron, ‘The Field’ by John B. Keane and ‘Lovers at Versailles’ by Bernard Farrell.

Set In a classy London fur salon, Arnold Crouch, one of the two owners, has difficulty keeping everything going afloat, while his partner, Gilbert Bodley, is off philandering. Bodley decides to sell his new mistress' husband a fur coat for an extremely low price in order to win her affection, and Crouch is stuck presiding over the deal. The husband decides to give the coat to his own mistress, and all hell breaks out. In the end, despite mistaken identities and all sorts of problems, everything turns out as it should.

The play, directed by group stalwart, Paul Hickey, tells the story of serial womaniser Gilbert Bodley (Peter Prendergast) and his sidekick Arnold Crouch (Edward Hayden) who together with their faithful secretary Miss Tippdale (Edel Bolger) attempt to conceal most of the happenings from Bodley’s wife, Maude (Stas Bolger) and his mistress Janie (played by group newcomer Aoife Mahon). Also an integral part of the shambolic course of their actions are Harry McMichael (Pat Kavanagh), his mistress Sue Lawson (Brid Maloney), her husband Charlie (Nathan Dunne-also making his stage debut with the Duiske Players) and the Frencham family (Jim Kielthy, Lily Brennan & Anna Malone). Miss Whittington (Helen Kavanagh) who is the chief model in the Bodley, Bodley and Couch Fur Salon allows all of the intrigue to go over her head.

Director Paul Hickey told the Kilkenny People last week that “it has been a great pleasure to have worked with this cast over the past number of months and that audiences are in for a real treat-they will be leaving the hall with spurts of laughter!”. The cast will perform in a fabulous set created by Eamonn Doherty, Helen Kavanagh & Mark Bolger with Lighting and Sound by Feekie O’ Brien and Adrian Kavanagh with Bonnie Prendergast, Tommy Prendergast and Marian Kielthy coordinating front of house activities.

Tickets are €10 each and are available on the door each night.