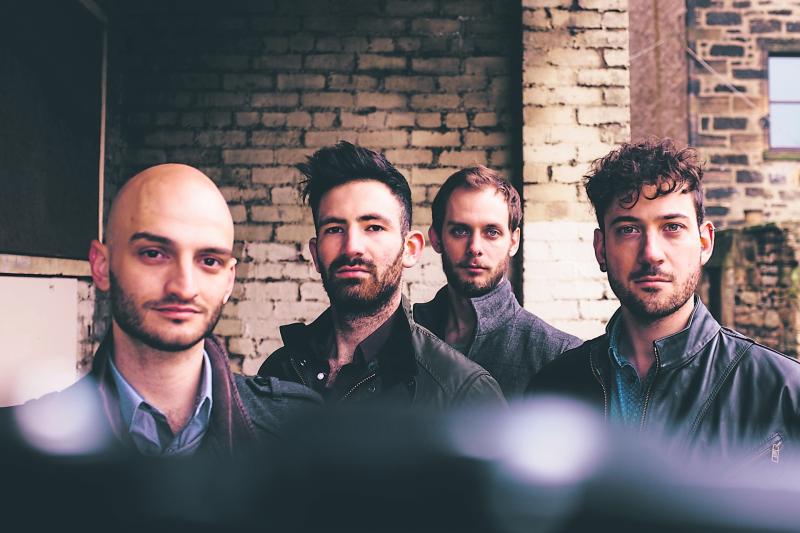 International music sensation, Fourth Moon are scheduled for Kilkenny Tradfest 2017. The band who were formed when they were studying a Masters in Traditional Music at the World Academy of Irish Music, University Limerick are set to play Kilkenny Tradfest on Sunday 19th March at 9:30pm in Billy Byrne’s, John St, Kilkenny.

Fourth Moon line-up consists of Mohsen Amini (Concertina), David Lombardi (Fiddle), Géza Frank (Whistles, Flute, Pipes) and Jean Damei (Guitar), who between them have performed globally with their own projects and also with the likes of Riverdance and Carlos Nûnez. Between them they have a whole host of awards under their belts including the 2016 BBC Radio Scotland Young Musician of the Year, 2015 BBC Radio 2 Young Folk Award Winner, 2015 MG ABLA Up and Coming Artist of the Year nomination, Piping championship titles in Germany/Austria and upwards of 5 All Britain titles.

Amini from Scotland, who was recently nominated for Musician of the Year at the BBC Folk Awards, comments that “The whole idea of the band was to bring together a collective, who share a common ground of innovation but who also keep traditional music at the core and so with this we have incorporated a lot of own compositions and adapted them to given them the ‘Fourth Moon’ branding.”

Kilkenny Tradfest, which is this year celebrating its fifth anniversary has again exceeded all expectations, with some of the country’s most influential and acclaimed musicians set to play in Kilkenny City over the St Patrick’s Day weekend (16th – 19th March). Bulmers is once again the title sponsor at the festival and this years’ highlights include; Paul Brady (2017 headline act), Eleanor McEvoy, Ushers Island, Declan Sinnott & Vickie Keating, The Voice Squad, plus breakout Irish traditional and folk band ‘Beoga‘ who have recently recorded two tracks for Ed Sheeran’s hotly anticipated new album, ‘Divide’.

Kilkenny Tradfest was recently awarded ‘Best Small Live Music Festival’ at this year’s IMRO Live Music Venue of the Year Awards. The festival proudly showcases the very best of Irish traditional and folk music, in a variety of unique venues across Kilkenny city. This year’s festival is set to be bigger and better than ever before, with both free and ticketed events, there’s something everyone can enjoy.

Commenting Malcolm Noonan, Kilkenny Tradfest Chairperson said, “We are delighted to welcome Fourth Moon to our festival. Fourth Moon are an incredibly talented band and we are honoured they are part of our 2017 line up.”

Mr Noonan continued, “The festival is jam packed over the four days, and we are proud to present classic trad music, with contemporary blends as well. There really is something for everyone at Kilkenny Tradfest and without doubt it is the place to be this St. Patrick’s Day weekend.”