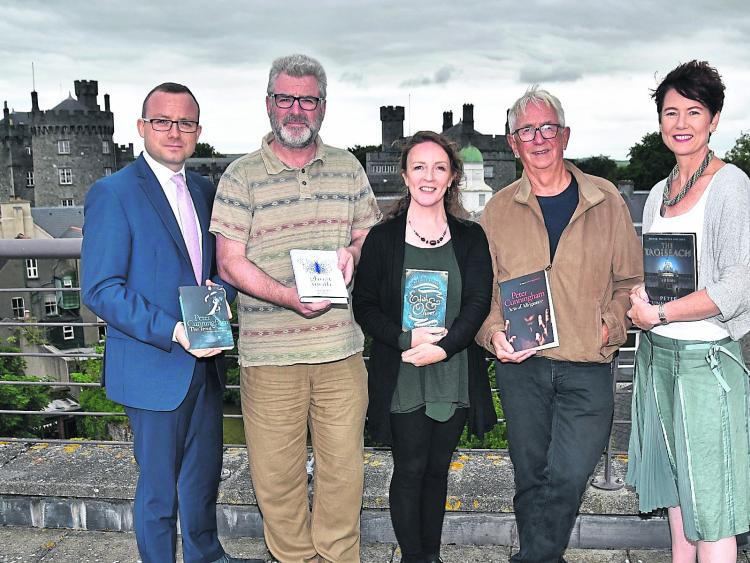 Kilkenny's International Literary Festival's third event in its seasonal calender will take place on Saturday, August 4.
The next set of readings will feature two of Ireland's top writers of historical fiction – Michèle Forbes and Peter Cunningham.
Michèle Forbes
Michèle Forbes' first novel Ghost Moth was shortlisted for Newcomer Of The Year at the Irish Book Awards and for First Book Award at the Edinburgh International Book Festival.
Her second novel Edith & Oliver and was chosen as a Sunday Times Book of the Year. JoMichèle is ‘a writer who is not afraid to address the so-called ordinary lives of real human beings.’ – John Banville.
Peter Cunningham is an award-winning Irish novelist and newspaper columnist from Waterford, and his first thriller, Noble Lord was released in 1986.
He is best known for the historical novels, beginning with Tapes of the River Delta, which have been widely acclaimed.
The Taoiseach was a controversial best seller, whilst Capital Sins, for which Cunningham was described by the Irish Times newspaper as ‘the Hemmingway of the Celtic Tiger’, was a satire set in the Irish economic meltdown, and The Trout is his most recent novel. Peter is also a member of Aosdána.
For more information or to buy tickets (from €12) for this one-off event go to the Pembroke Hotel website: pembrokekilkenny.com
This event is part of the Alternatine Kilkenny Arts (AKA) Fringe and is supported by the host venue, Pembroke Kilkenny.
Fot more AKA inforamtion go to their Facebook page.