So much to see and do in the days ahead 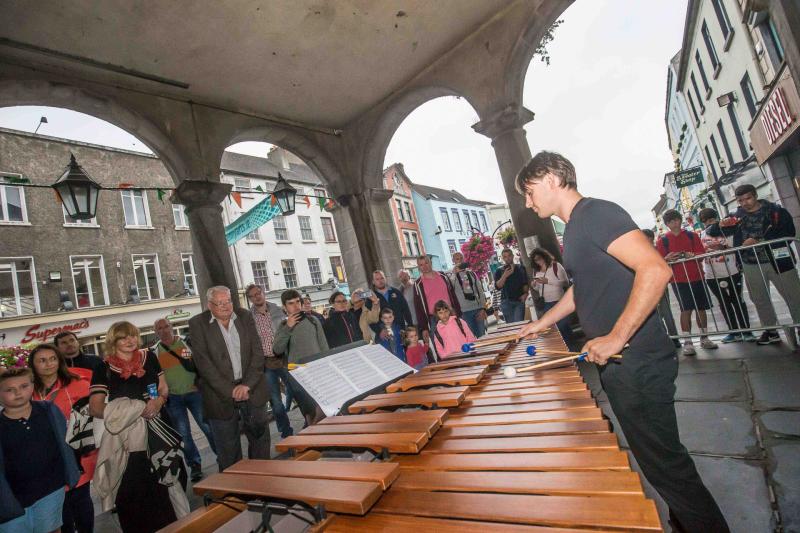 Added to that today (Wednesday) the Festival of Early Irish Harp kicks off at Coláiste Pobail Osraí.
Also today there’s Brahms in the Afternoon organ preludes with Malcolm Proud at St Canice’s Cathedral from 1pm.

A celebration of Kilkenny man Willie Meighan is sure to draw a crowd to St Canice’s Cathedral for There is a Light That Never Goes Out. Starting at 7.30pm, contributors include Yorkston/Thorne/Khan, The Lost Brothers and Malojian.

An evening of music and theatre awaits at the Watergate Theatre from 8pm with the Irish premiere of Shining Armour by Burnside, Brahms and Tieck.

There’s a festival twist to the Sofa Sessions at Billy Byrne’s Bar with an earlier offering from 6pm with Chris Guilfoyle, Chris Engel and Matthew Jacobson. While Guilfoyle and Jacobson are back from 10pm to perform with Barry Donohue as Oxygen Thief with trombonist Nils Wogram for a club set.

In between, St Canice’s Cathedral from 7.30pm features the Martin Hayes Quartet.

If you like comedy and poetry with your music then check out Women Together, Ryan’s Bar from 9pm. Hosted by Sandrine Dulop and Niamh Moroney it’s in aid of local women’s charities.

‘Queen of the qanun’ Maya Youssef will showcase her talents at Set Theatre at Langton’s from 10pm.

Oxygen Thief are back at Billy Byrne’s Bar from 6pm, followed at 10pm at the same venue By Theo Bleckmann for a club set. Also from 6pm the nightly trad offering gets underway at Matt the Millers, followed by rock and pop covers band Radiostar and a DJ too.

You can enjoy some solo classical guitar with James McDonald at the Home Rule Club from 7.30pm. There’s a musical exploration into the recesses of the human psyche at Brewery Corner with Wagnu and special guests Kelly and Doyle from 8.15pm.

Camille O’ Sullivan has a sold-out show at Set Theatre at Langton’s from 10pm.

If it’s a big band sound you’re after, then Left Bank’s where you need to be. Ten-piece modern showband The Pearly Whites entertain there from 10pm.

And Wexford foursome Frankenstein Bolts are at Ryan’s Bar from 10.30pm.

At the same time the Irish Chamber Orchestra, Carolin and Jorg Widmann are at St Canice’s Cathedral.

Dr Mindflip’s Emotional Menagerie invites you to bring your wonderful, weird self out to play at Brewery Corner from 8pm.

Local mental health charities will benefit from this event for which you can wear a costume, but you don’t have to.  What is a must though is enjoying the fabulous cocktail of music that awaits.

Irish folk & country singer Brendan Shine returns to the Rhu Glenn Hotel in Slieverue for a night of music & dancing from 8:30pm.

Another lyrical legend of this country, Glen Hansard, has a sold-out gig at Set Theatre at Langton’s from 9pm.

Then it’s back to Left Bank for that Mowtown big band sound with Papa Zitas from 10:30pm.

Sunday has an early start with an 11am performance from Liam Byrne & Cleek Schrey at Kilkenny Castle’s Parade Tower.

And the Kilkenny Arts Festival’s finale is at St Canice’s Cathedral offering three hours of music from many of the acts that participated in the eleven day spread.

On Monday when it’s all over, find some magic again at Matt the Miller’s with After Dark & start the week with more fun all over again!