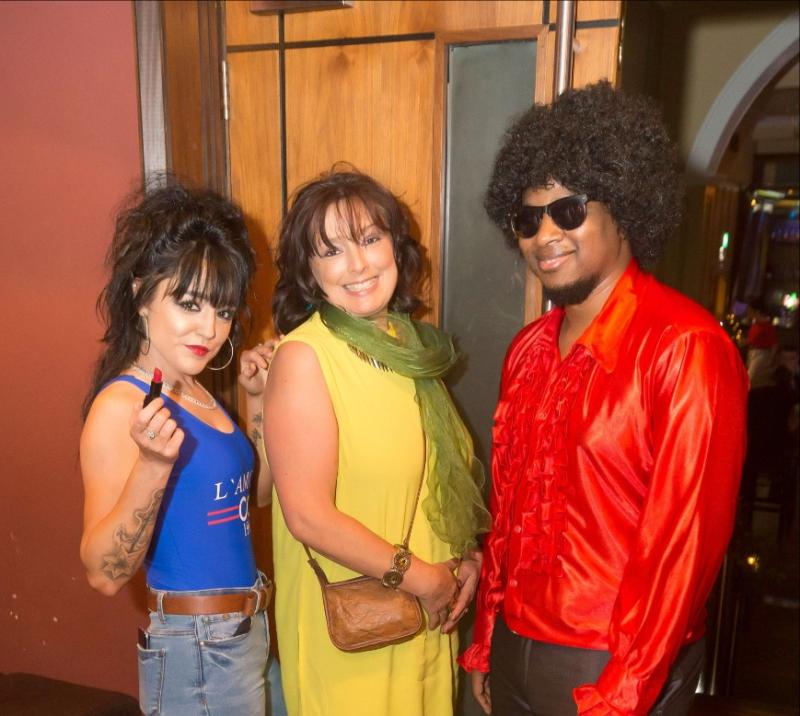 Starting to miss the antics of the various festivals from recent weeks? Fear not, there’s still loads taking place with some extras added to the usual social scene listings.

On Thursday it’s a case of Texas Comes to Ireland as singer & songwriter Frank Martin Gilligan stops by as part of a three date tour of the country. He kicks it all off at Kyteler’s Inn where he’ll be joined by Randy Brooks, who wrote Christmas classic Grandma Got Run Over By A Reindeer.

With the start of the Town of Books Festival in Graignamanagh, the area’s Mick Doyle’s Pub begins three nights of music with Granite the first act up from 9pm on Friday.

Chris Ward is still at the helm of the Friday Sessions at Morrisson’s from 10pm. Across the month he’s welcoming back some regular support slots including Jakadam & DNA Beats.

Entry is free with revellers enjoying mainroom, oldschool, house and more. Following the nightly traditional Irish offering at Matt the Millers, Kilkenny and Tipperary five-piece The Domino Effect entertains at the John’s Bridge venue followed by a DJ.
The music starts at lunchtime on Saturday with a free concert at St Mary’s Church in Gowran.

St Patrick’s Brass & Reed Band will be performing in the medieval building from 1pm.

The Joe Butler Group play the bar at the Home Rule Club.

Jack L makes a welcome return to Kilkenny playing Ballykeeffe Amphitheatre. He brings with him his band with support from Clare Sands & The Cedartowns. Gates open there at 7pm for an 8pm start.

If you like some social dancing with your music there’s a country jamboree at the Rhu Glenn Hotel with Patrick O’Sullivan followed by Declan Nerney. Doors open at 8:30pm, with the first act on stage for 9pm.

At the same time Culfish kick off at Mick Doyle’s Pub in Griagnamanagh. While the city’s newest venue, Medieval Tavern (Metropole) has live music with Mark & Frank Kelly from 9:30pm.

The Sunday Jazz Sessions continue at MacDonagh Junction Shopping Centre from 1pm.
While the Sunday Summer Sessions are still in the mix at Left Bank with DJ Mattie churning out the tunes in Louie’s Backyard from 5pm to 10pm.

Paul Watchorn of The Dublin Legends, who were members of The Dubliners, plays Mick Doyle’s Pub in Graignamanagh bringing the Town of Books to a close.

Monday’s social dancing continues at the Springhill Court Hotel. This week Stuart Moyles provides the soundtrack with doors open from 8.45pm for a 9.30pm start.