No shortage of fun around city and county 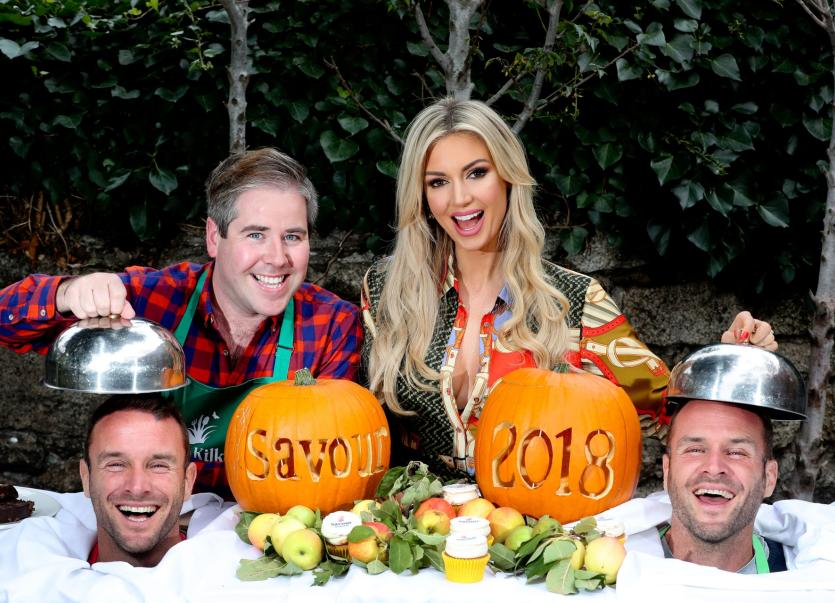 From Haunting hums to a service all in song, there’s much being added to the usual mix of music in venues across the city and county this week as Halloween, Rockfall and Savour entwine.

But a lot of the favourites are still there. Such as The Sofa Sessions on Thursday night. For this award-winning British punk-jazz outfit WorldService Project play Billy Byrne’s Bar from 9pm.The same venue on Friday night hosts Skalloween with music kicking off at 8pm and The Pinsetters on stage at 10pm followed by a DJ set from band members. Fancy dress is encouraged.

As part of the Rockfall listings, Echoes from the Canyon are at John Cleere’s Bar & Theatre from 9pm with music from LA’s famous Laurel Canyon scene. Johnstown band Sweet Freedom play Ryan's Bar with hits from the likes of Tom Waits & The Eagles.

And Waterford seven-piece Thank Funk ramp things up at Left Bank from 10pm belting out classics from the likes of Chic, Earth Wind & Fire, Jamiroquai, David Bowie and more.

Saturday has a 6.30pm start at Ryan’s Bar with celtic rock folk & punk from Swiss band Kelkiton. While from 9pm in the back room Loner Promotions present Rust for Glory at Ryan's Bar from 9pm, in the second of the Neil Young Rusties Gig Series.

Though not strictly a Rockfall gig, there will be a chance to support the cause at the event. The venue’s front bar hosts the Back Yard Band from 10.30pm.

The renowned Harlem Gospel Choir entertain at the Watergate Theatre from 8pm. At the same time DJ Davy Holland leads the music at The Pumphouse as the venue’s Halloween Party takes hold.

Joe Butler plays the bar at the Home Rule Club.
Cork based band Happy Alone promise a night of great music at Brewery Corner from 9pm with support.

Music Junkies take over Rafter Dempsey’s from 10pm.
If the sounds of the nineties are more your thing then catch Smash Hits at Langton’s Night Club from 10pm. While party trio Riff Shop play Left Bank from 11pm.

Sunday sees St Canice's Cathedral host a sung service to remember those we have lost. There’s a 7pm start-time for the array of sacred music by Stanford, Tallis, Walford-Davies & Wesley.

At the same time the Songwriters Sunday opens up at Lenehan's Bar with input from Helen Mooney, Shane Joyce, Kate McDonald, Elise Ramsbottom and The Ger Moloney Band.

The Dark Circus unfolds at Brogan's Yard with live music from 8pm and a cash prize for the best fancy dress. Le Galaxie set the tone at Set Theatre at Langton’s from 9pm.

Craic Pot has a special Halloween event at Brewery Corner with The Kilo 1977 joined by Sound Out & Kevin Fanning on deck duty while fancy dress is welcome.
The Ben Reel Band play Ryan's Bar’s annual Monster Halloween Fancy Dress Party with lots of cash prizes for the best and worst scariest sexiest costumes. On Monday there’s early music from 3pm at Kyteler's Inn with a different act every half hour. It’s the annual Monday Marathon gig as part of Rockfall Festival hosted by Tomas Jackman. Participating are Acousticats, Richie Prendergast, Mark Kelly, Danny Burke, Rusty Springs, Jack Keeshan, Somic Boom, The Southern Fold, Back Beat, The Fundamentals, After Dark, Panic Animal, The Electrix, Oh Bryan, Out of Habit, The Wha & DJ Amos. Fancy dress is optional.
Wherever you end up across the week, have fun!